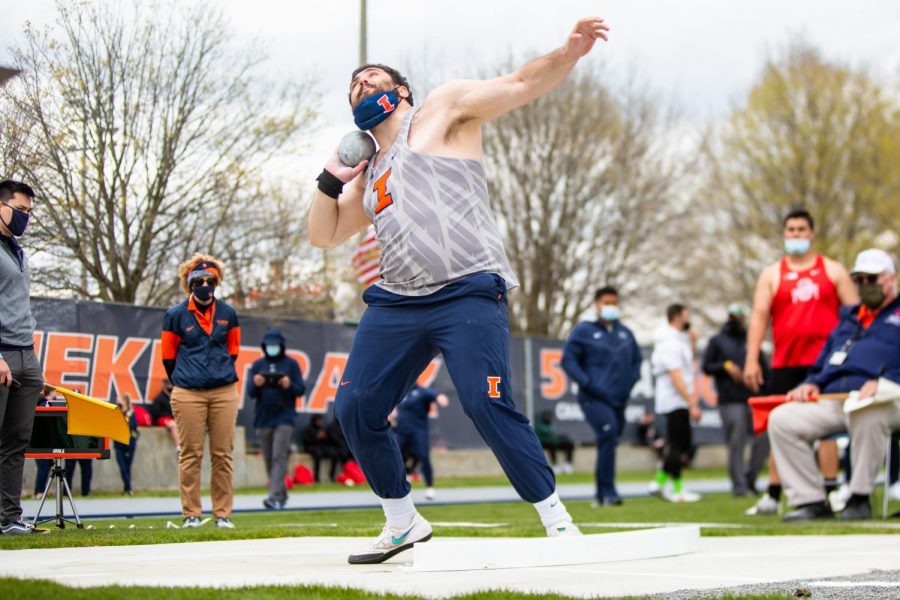 With the weekend coming to an end, Illinois has won multiple events in every invite this year. The men and women’s track & field teams are both having historic years, breaking records in multiple events. The Illini traveled to Indiana and Minnesota Friday and Saturday with only one plan on the agenda: win.

Carolyn Nye and Jessica McDowell both made statements, winning both of their events two weeks in a row. McDowell set a new personal record by recording the seventh-fastest time in school history in the 400-meter.

Illinois hosted multiple Big Ten schools in Champaign for a meet last weekend, which gave the team a glimpse of the competition they will face with postseason meets coming up over the next few weeks.

With two weeks until the Big Ten Championships, Illinois gains an extended break to prepare for the meet on May 14-16.

What will we see from Illinois over that three-day weekend?

Will Plater continue his winning streak after receiving his third this past weekend? Plater set the record in the NCAA for men’s discus earlier this season, but will he break it again? What should we expect from the men’s relay team?

All of these questions will be answer May 14 in Champaign, as the Big Ten Outdoor Championships will be hosted at Demirjian Park.