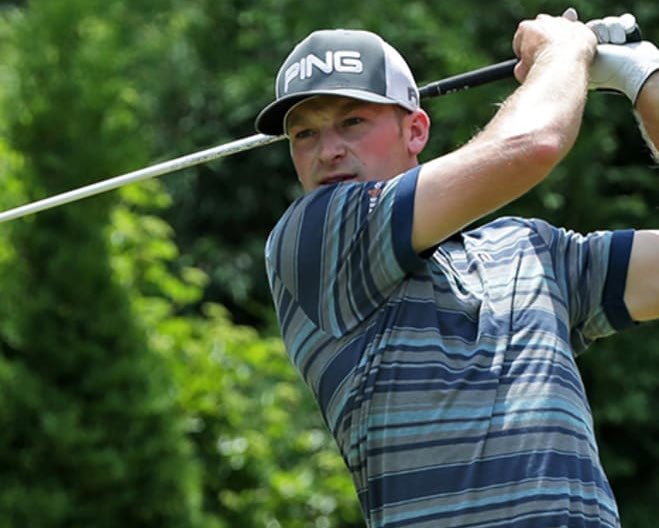 Brian Campbell swings during a round of golf on May 9. Ten players will be traveling to Oklahoma for the NCAA Stillwater Regional Championship.

The men’s golf team will travel to Stillwater, Oklahoma for the NCAA Stillwater Regional Championship following the Illini’s win at the Big Ten Championship two weeks ago. The event, hosted by the Cowboys of Oklahoma State, begins Monday.

The Illini have won five regional championships under head coach Mike Small, including four straight wins from 2013 to 2016 and another in 2019.

Coming into Monday, the Illini are ranked 11th in the nation ahead of all teams participating, except for the hosting Cowboys, who are ranked fourth. The Illini were named the second seed in the regional, behind the Cowboys.

There will be 13 teams competing and 10 individuals. The rest of the field includes Auburn, SMU, Notre Dame, Alabama, Baylor, Sam Houston State, Little Rock, Ole Miss, Northwestern, College of Charleston and Middle Tennessee. The schools are seeded in that same order.

The top five teams after three days will advance to the NCAA Championship in Scottsdale, Arizona, along with the top individual not on a qualifying team.

This marks the 13th consecutive regional appearance for the Illini and the 16th overall under Small.