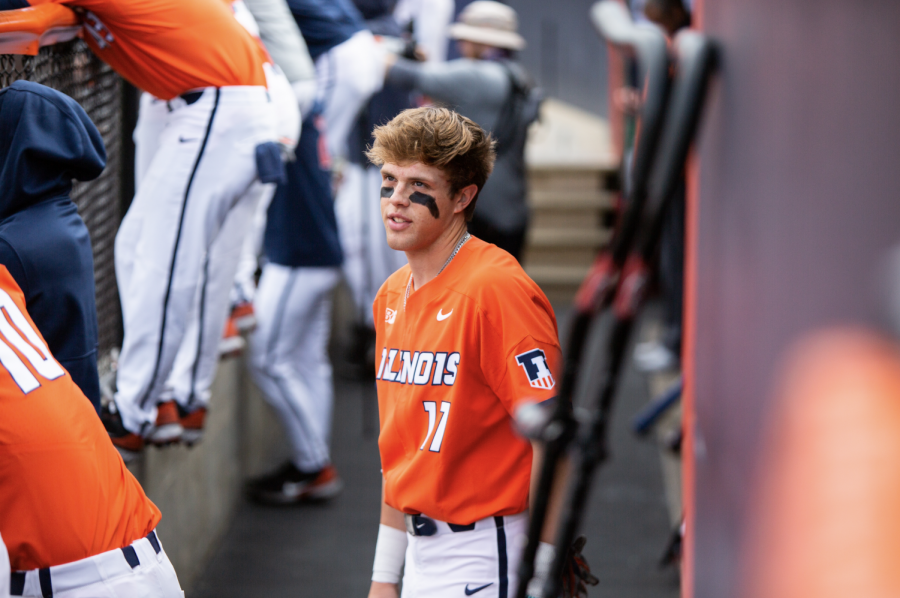 Justin Janas walks through the dugout during the game against Purdue April 18. Five players from the Illini baseball team will made the All-Big Ten team this season.

Justin Janas and Jackson Raper were each selected to the All-Big Ten First Team. Janas walks away as the Big Ten’s batting average champion (.391) and the team’s leader in on-base percentage (.506) and hits (54).

Andrew Hoffman (2.87 ERA) was named to the All-Big Ten Third Team. The John A. Logan Community College transfer went 8-3 in his starts.

Branden Comia and Ryan Hampe filled out the third team for the Illini.

Nate Lavender (7-2, 4.11 ERA) rounds out this year’s awards for the Illini after being awarded the Sportsmanship Award, given to one student-athlete from each conference program. The finalist for the Illinois’ Spirit Award also led the team in strikeouts (79).