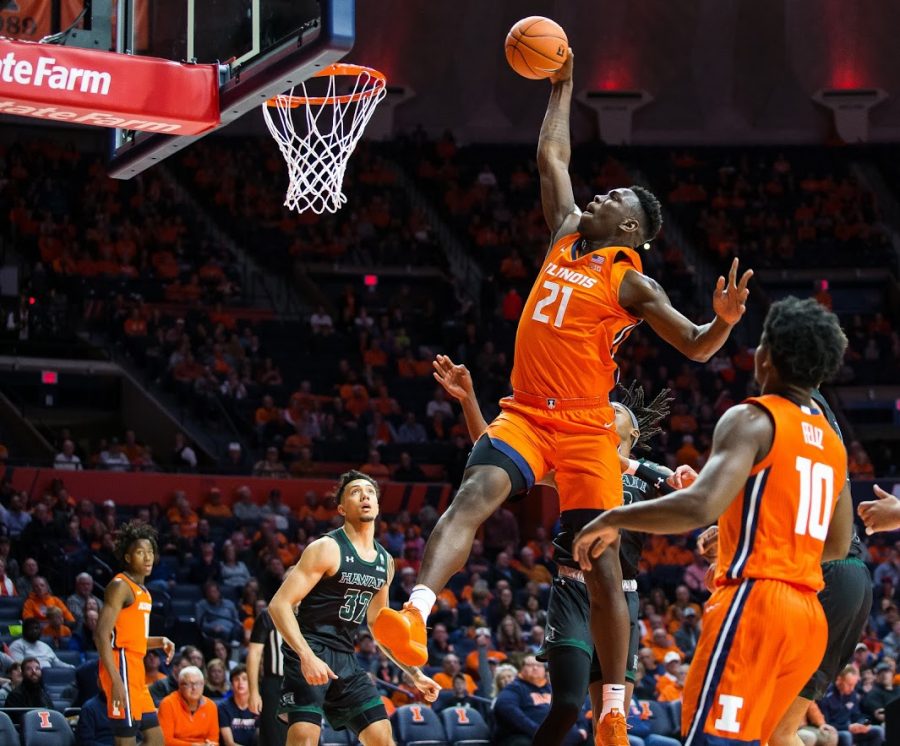 Freshman Center Kofi Cockburn dunks the ball during the match against Hawaii on Nov. 18, 2019. Cockburn has entered the transfer portal while keeping his name in the NBA Draft.

Sophomore center Kofi Cockburn has reportedly entered his name in the transfer portal while still keeping his name in the NBA Draft, according to reports by Prospective Insight’s Andrew Slater and ESPN’s Jeff Borzello.

The Illini big man has changed the trajectory of the Illinois men’s basketball program since arriving in 2019, as he won the Big Ten Freshman of the Year award in 2020 and averaged 17.7 points and 9.5 rebounds while earning All-Big Ten First-Team and All-America Second-Team honors in his second season in Champaign.

In an interview with WCIA’s Marlee Wierda on June 20 during the NBA G League Elite Camp, Cockburn said he “won’t be coming in. … I’m 100% in now” when discussing his intentions to remain in the NBA Draft.

“Going pro has been a goal for me since my freshman year of high school,” Cockburn said. “I feel really confident in making the next step.”

Cockburn has until July 19 to withdraw from the draft.