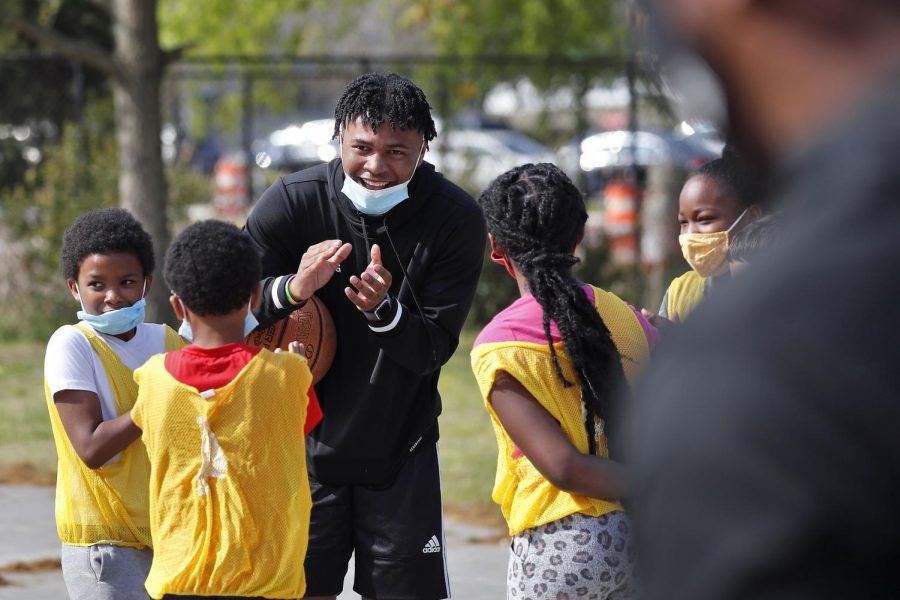 Jayden Epps has announced he will be committing to play basketball next season at the University of Illinois. The Suffolk, Virginia, native is a 4-star combo guard who is ranked No. 85 on the 2022 ESPN 100.

Epps was choosing between playing his collegiate basketball at Kansas, UConn, Illinois and North Carolina State. To the joy of the Illini faithful, the end of Jayden Epps’ Twitter video features him dawning the No. 13 for Illinois.

Standing at 6-foot-1, 175-pounds, Epps is a physically well-built guard. He is a solid 3-point shooter and loves to finish at the basket with a one-handed scoop layup. Epps is also a solid defender, as his size gives him the ability to defend multiple positions.

When speaking with Sports Illustrated about why he chose the Illini, it was all about the culture in Champaign.

“It was the relationship and the system,” Epps said. “I really trust them.”

Epps was recruited by new assistant coach Chester Frazier, who has recently locked in two top-100 guards for the Illini’s Class of 2022. Along with Epps, Frazier previously landed another four-star in guard Sencire Harris from St. Vincent-St. Mary in Akron, Ohio.

Though it is unclear as of now what type of minutes Epps will be play as a freshman under head coach Brad Underwood, he will join a group of recently successful Illinois point guards in Ayo Dosunmu, Andre Curbelo and Trent Frazier.

Nerves are high in Champaign this week with All-Big Ten center Kofi Cockburn making his announcement on whether he will be staying with the Illini or transferring to Kentucky. Despite the uncertainty around the starting five for Illinois next year, the signing of Epps today is great news for the program.