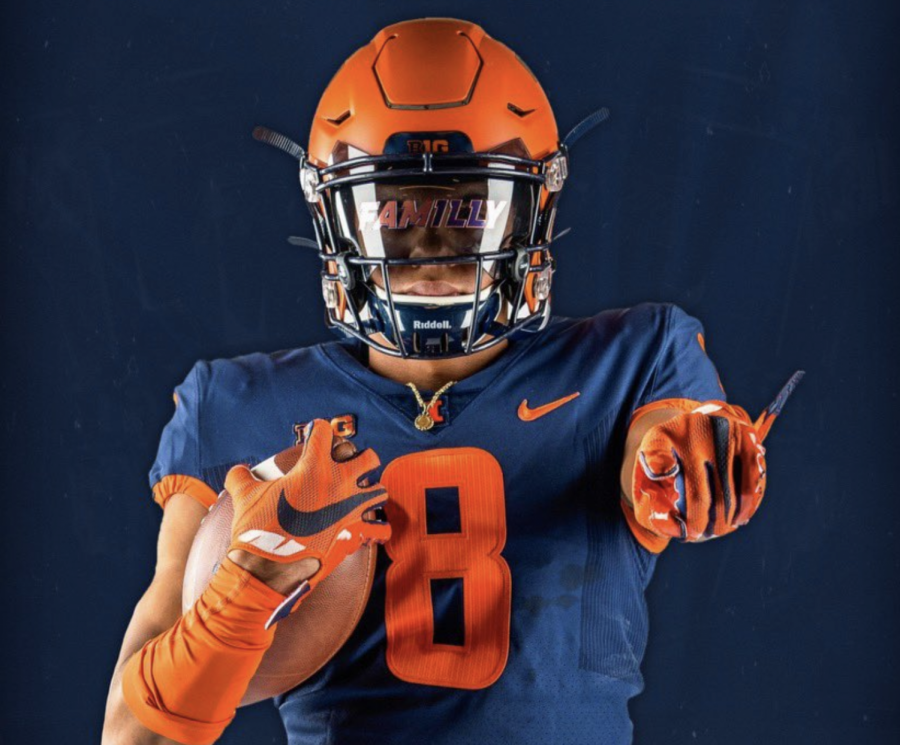 On Saturday evening wide receiver Shawn Miller announced his commitment to the University of Illinois via live on Instagram. Miller’s other choices included Michigan State, Indiana, Arizona and West Virginia.

According to 247Sports.com, the six-foot one-inch and 190-pounder is ranked nationally just within the top-500 at No. 498, which makes him the highest ranked recruit of Bielema’s class so far. The Bradenton, Florida native sits at No. 68 in his position and No. 69 in his home state.

Miller’s junior season with IMG finished going 8-0, National Champions and ranked as the No. 1 school.