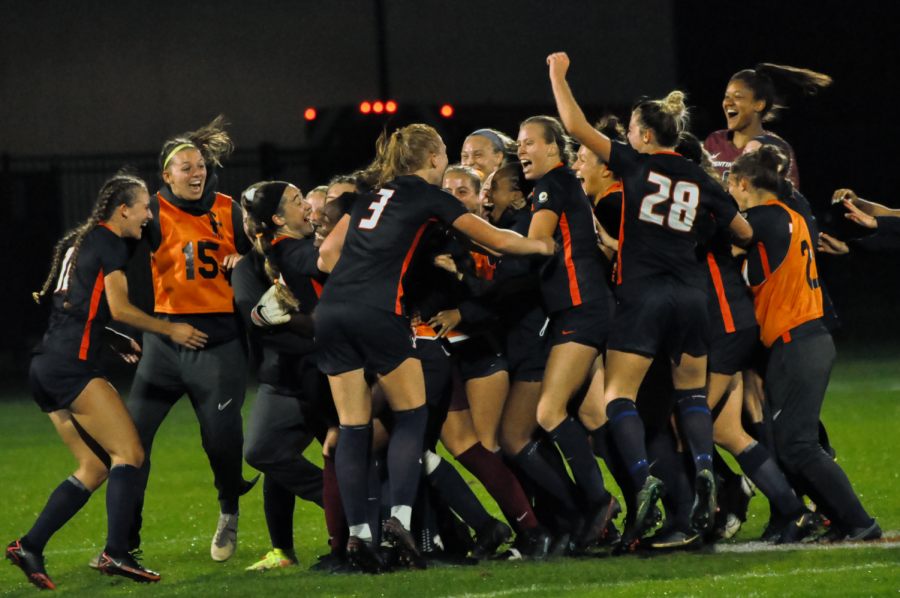 On Thursday night, Illinois soccer will be ready to continue its stellar performance, this time against Minnesota.

After suffering a slow start to their Big Ten campaign, the Illini are hitting their stride as they head into the last four games of regular season play.

The past two games have seen the Illini get to the team they want to be on the field. A full force attack, solid midfield and strong backline have helped the team succeed against Maryland and Wisconsin.

Against the Golden Gophers, head coach Janet Rayfield said that the game plan is to continue to keep doing what they have been doing in their recent games.

“Keep playing with the intensity that we had in our last game and continue to try and stay disciplined in terms of defending especially,” Rayfield said. “Their two fronts (forwards) are pretty mobile, pretty active and so I think our communication and discipline in the back will be a key factor for us.”

Minnesota currently holds a 6-4-3 record overall and are 2-4-0 in conference. Their two wins of the season came against two strong teams in the Big Ten: Ohio State and Penn State.

The Nittany Lions are performing way under expectations, and their loss showed it. Minnesota’s 4-1 win marks Penn State’s worst loss in Big Ten play since 2002.

Despite the lack of consistency from the Gophers, they’ve lead with a strong attack with the trio of Izzy Brown, Sophia Boman and McKenna Buisman.

Brown is the team’s top goalscorer with six goals, with four of them in Big Ten play. Right behind her in goals and the formation is Boman with four goals.

As for the Illini, they will be looking for another win and the chance to stay undefeated through three games.

One thing that’s been lacking for Illinois is in the goal-scoring column. But, the past couple of games have shown they’re not afraid to shoot from anywhere.

The lone goal from Illinois last Friday saw Kendra Pasquale hit one from a distance as it rolled into her path, and it rocketed past the goalkeeper.

Hope Breslin is another Illini that’s dangerous on the attack, but her shots have just come short or gone over the goal. Nine shots against Wisconsin saw nearly all get saved or miss the goal by inches.

“What was good about the other night was regardless of the outcome, she stayed at it and that’s what you want a goalscorer to do,” Rayfield said.

With just weeks away from postseason play, the fight is on between all 14 teams to finish on a good note.

“There’s a lot of teams with only two wins, and I think we’re all in a push for the end of the season,” Rayfield said.

Big Ten conference play has been tight for soccer and, like any other season, has been unpredictable.

But, Illinois isn’t looking too far ahead into the future and is focused on Minnesota.

Kickoff will start at 8 p.m. Central Time and will be aired on Big Ten Network.