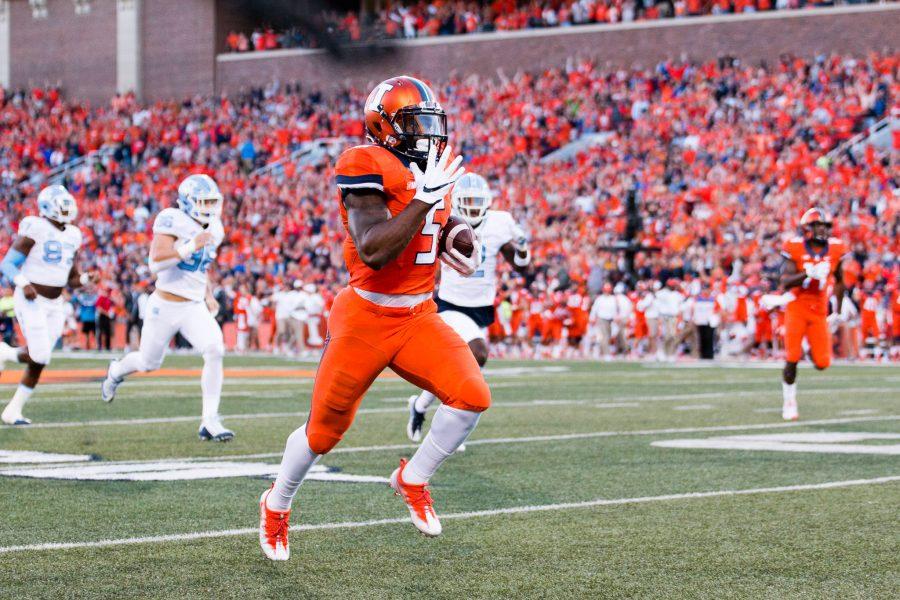 Illinois running back Ke’Shawn Vaughn (5) runs down the sideline for the first touchdown of the game against North Carolina at Memorial Stadium on Saturday, September 10. The Illini loss 48-23.

Illinois football running back Ke’Shawn Vaughn announced his decision to transfer and leave the program over Twitter on Wednesday.

The sophomore tweeted a note along with the quote, “If You Don’t Know Where You Are Going Any Road Will Get You There.”

“If You Don’t Know Where You Are Going Any Road Will Get You There.”

Vaughn played in 11 games with three starts this past season. He finished with 60 carries and 301 yards, along with three touchdowns.

He represented the team at Big Ten Media Days in August.

But in October, he was replaced by junior Kendrick Foster and redshirt freshman Reggie Corbin at the starting spot.

At the time, he tweeted apparent frustrations with the demotion to third-string running back, using the emoji “three.”