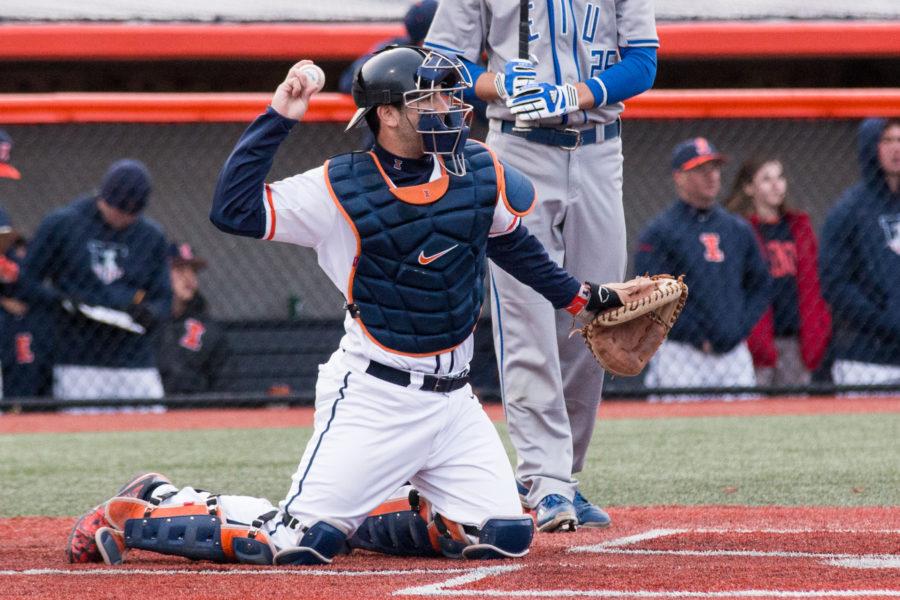 Illinois catcher Jason Goldstein throws the ball back to starting pitcher Quinten Sefcik during the game against Eastern Illinois at Illini Field on Tuesday, April 5. The Illini won 9-7.

Hello, I’m Ryan Wilson, and this is your Daily Illini Sports Update.

The Illini had four players selected in this year’s MLB draft. Two of those picks came in the first 10 rounds, including pitcher Cody Sedlock and catcher Jason Goldstein.

Adam Walton also signed a free-agent contract with the Arizona Diamondbacks after the draft.