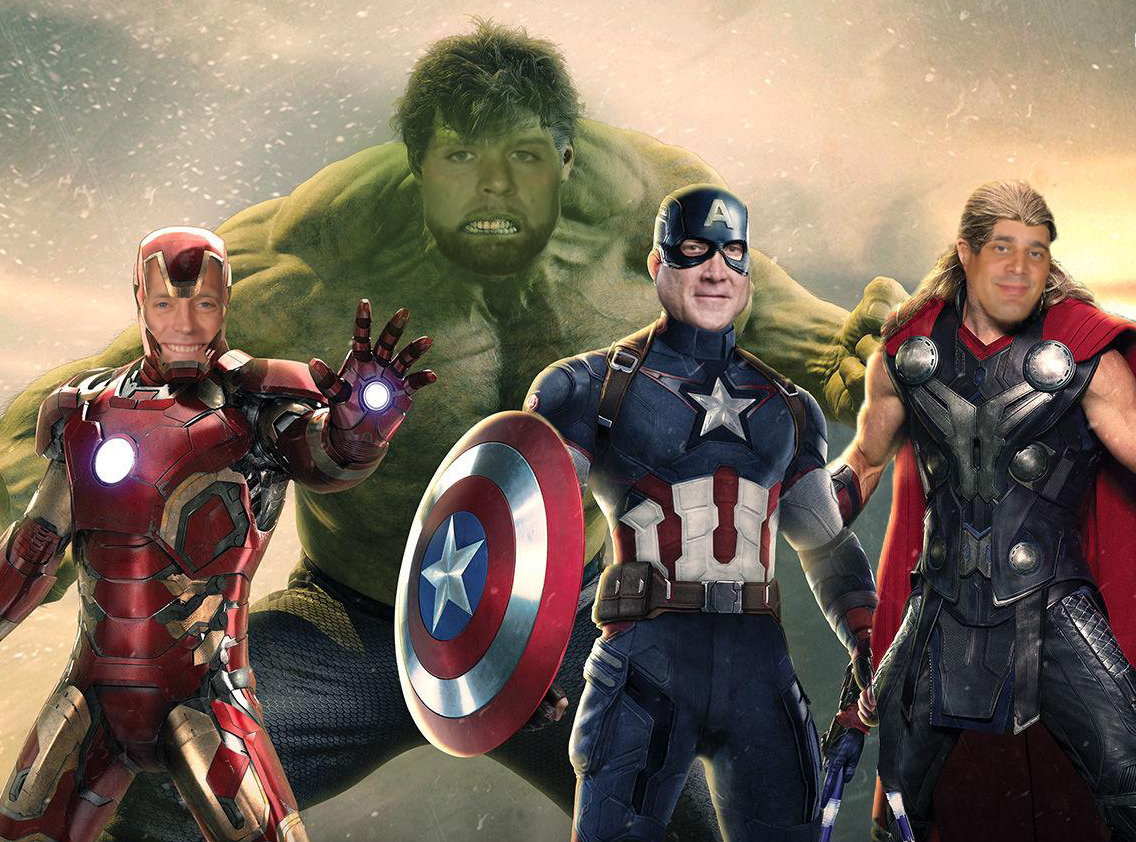 This weekend, I was flipping through channels and came across one of my favorite movies: “Captain America: Civil War.” After watching the rest of the movie, I quickly came to the conclusion that Josh Whitman is to Illinois as Tony Stark is to the Avengers.

That got me thinking. If Whitman is Tony Stark, then which Avenger is each member of the Illinois basketball coaching staff? Here is my attempt at making these comparisons.

As I mentioned earlier, Whitman is 100 percent the Tony Stark of Illini athletics. Even though the man is technically not part of the basketball staff, he is the mastermind behind everything athletics and has been absolutely essential in the recent reshaping of Illinois sports. Just as the Marvel Cinematic Universe started with Iron Man, the new-look Illinois athletic department started with Whitman.

Not to mention, he’s just as smooth — if not smoother — than Stark, and the whole operation would be nonexistent if either of them were to leave their respective group. They are the leaders through and through, and are great guys to rely on at the end of the day.

This one might have been the most obvious for me. While Captain America is not the head of the entire operation, he is the unquestioned leader of his squad. Just as he “captains” his group, so does Underwood. In addition to their leadership skills, both just have that undeniable sense of “good” to them. Underwood’s hiring has been hailed as the start of a complete turn-around to a program that has struggled in recent years, just as Captain America was the original symbol of hope during war in America.

When many people hear the name Jamall Walker, I feel like they do not realize how important he is to the staff — just as Vision is often one of the unsung heroes of the Avengers who often goes unnoticed. Vision is always seen as one of the smartest members of the group, who often has the ability to save the day when all other options are exhausted. Walker helped save the day in a Vision-like way when he helped fill the gap of a certain recruit who will not be named that ended up going to Missouri. Anyway, the point here is that Walker is much more vital to the success of this staff than many would think, and even though it’s not always recognized, we have to appreciate his work.

Thor is such an underrated character in the Avengers movies and I’m sick and tired of it. He’s literally a demigod, and time and time again people underestimate him. The man has unlimited strength, is the Norse god of thunder and lightning, and not to mention tosses around one of the strongest weapons ever made: his hammer, Mjolnir.

Antigua is my Thor comparison for a couple simple reasons. One, he is an absolute powerhouse when it comes to recruiting. In his history with Kentucky and other schools in the past, Antigua was essential in the recruitment of guys like Anthony Davis, Karl Anthony-Towns and more on the way to assembling five-straight No. 1 overall recruiting classes at Kentucky. Two, he is absolutely massive. The 6-foot-7 coach can hang in there with anyone on the sidelines and was not too shabby back in his playing days. Antigua is easily one of the strongest assets to the staff, and was a huge get for Whitman — or should I say Tony Stark — for this staff.

This one is so obvious that it doesn’t warrant too much explanation. They’re both freakishly strong. Fletcher has done wonders for this team the last couple seasons and has gotten all of his players in great shape to handle the rough Big Ten. Last year he even had guys like Mike Thorne looking like the Hulk out there. Fletcher has continued to impress and God knows I would not want to make him angry.

Alexander was one of the later hires and one of the final pieces to round out the coaching staff, but that is not an issue. In the movies, Falcon often acts almost as a sidekick to Captain America, and for that reason I think they are the perfect comparison. As assistant to the regional manager — I mean head coach — Alexander’s main responsibility is working with Underwood to ensure that the duo is rolling and ready to take on whatever challenges they face. Falcon may not always get the praise the other Avengers get, but he is absolutely vital to the success of the team, and so is Alexander.

In the movies, Black Panther starts off as a very powerful man with important connections all over the world, but he is the king of Wakanda. In terms of basketball coaching and recruiting, Coleman is the perfect comparison to Black Panther because with his ties you could call him the king of Chicago. With all of his history and ties to Chicago, Coleman is a very valuable man to have on the staff, especially in terms of recruiting. Even already in this upcoming 2018 class, Coleman has direct ties to the likes of top targets like Ayo Dosunmu, Talen Horton-Tucker and more. While his value goes much beyond that, his connections are a huge asset to the team and will hopefully go a long way for this upcoming class.

Those were the best comparisons I could think of, but if you can think of any more feel free to Tweet them to us @di_sports.