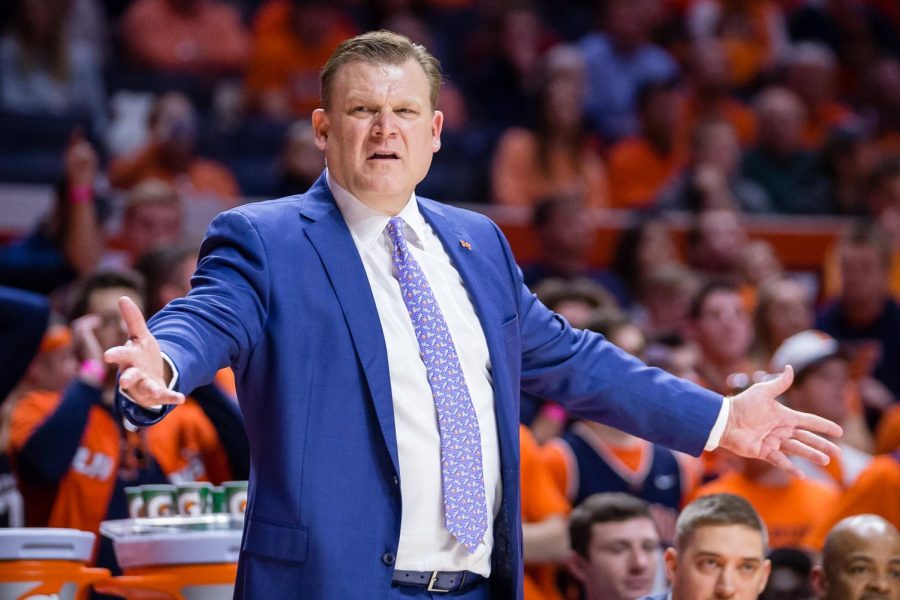 Illinois head coach Brad Underwood reacts to action on the court during the game against Wisconsin at the State Farm Center on Jan. 23. The Department of Intercollegiate Athletics has cleared Underwood of player abuse allegations during the 2017-18 basketball season.

Head coach Brad Underwood has been cleared of pending allegations regarding player abuse during his first year at the helm of the Illinois men’s basketball program.

The Department of Intercollegiate Athletics released a statement regarding the investigation’s findings Friday afternoon.  The statement follows the investigation sparked by complaints about Underwood’s language and treatment of players during the 2017-18 season.

Athletic Director Josh Whitman prompted the review after allegations of “verbal abuse, racial harassment and punitive use of physical activity,” according to a summary released by the athletic department Friday afternoon

The initial investigation began last summer but concluded prior to the 2018-19 men’s basketball season.

In the statement, Whitman said, “The allegations we received were concerning and we acted swiftly to ensure that the environment within our men’s basketball program was constructive, appropriate and reflective of our University’s values.”

Whitman also met with Chancellor Robert Jones, who decided to close the investigation after the conclusion of the review.

“At heart, I’m an educator and I ask my players to continually strive to better themselves and I take great pride in doing that as well,” Underwood said in the release. “Even before this situation arose, Josh and I had spoken and I had taken a step back to think critically about how I interact with my team.”