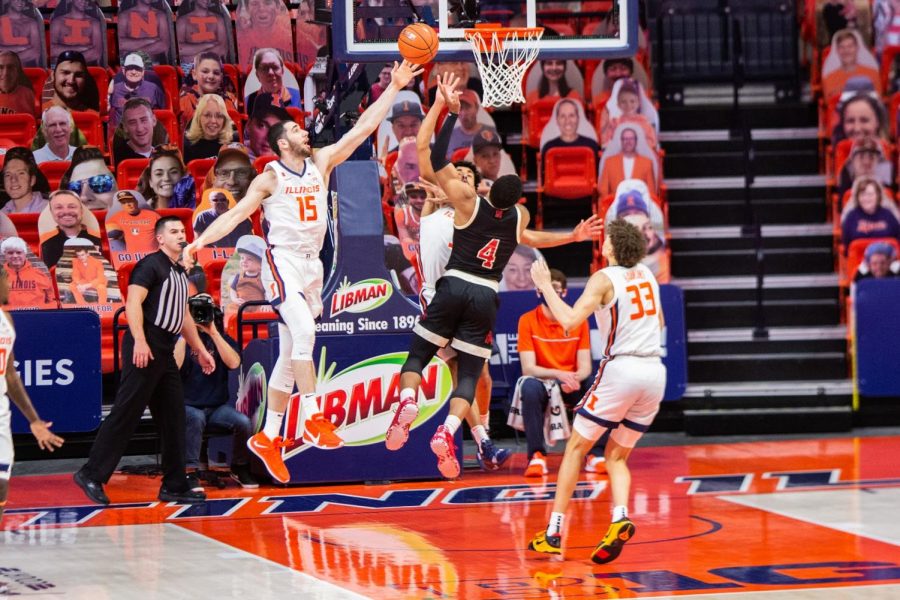 After last night’s NBA Draft, a flurry of Summer League invites were sent out by teams to undrafted rookies. Former Illinois forward Giorgi Bezhanishvili was the lucky recipient of one of these invites, as he’ll be playing with the Denver Nuggets come mid August.

Several different NBA teams brought in Bezhanishvili for a workout, such as the Bucks, Lakers and Bulls. However it was the Nuggets who ended up getting his commitment for the Summer League.

The highlights of Giorgi’s career with the Illini are mostly from his freshman year, when he and Ayo Dosunmu impressed in their debut seasons. He averaged 12.5 points and 5.2 rebounds per game this year, but with the addition of Kofi Cockburn the following season, Bezhanishvili saw his role diminished. During his final season with Illinois, the 6-foot-9 forward put up 5.1 points and 2.7 rebounds.

Although Giorgi’s numbers have steadily declined during his three seasons with the Illini, it is clear the Nuggets believe he could provide a spark off the bench and be a great addition to the locker room.

After the Illini’s disappointing loss to Loyola in the second round of the NCAA Tournament this year, Giorgi went back to his home country of Georgia to spend time with family. He has been there for the majority of the summer continuing to improve his game ahead of his professional career.

The NBA Summer League will take place from Aug. 8-17 at the MGM Resorts in Las Vegas, Nevada. All 75 games played will be aired on NBA TV or the ESPN networks.