Beason out for season 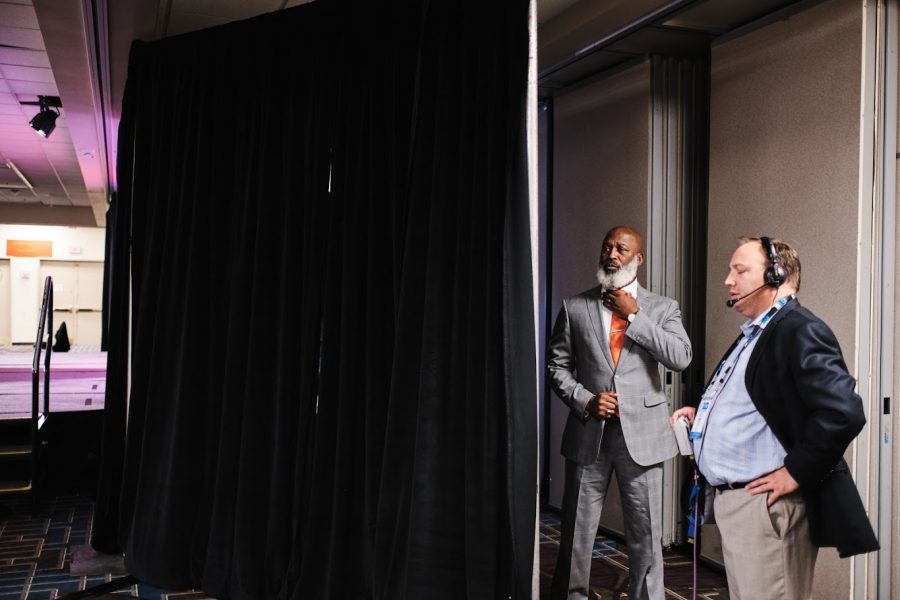 Lovie Smith prepares to speak at the BIG 10 Media days conference on July 18.

For a defense that was one of the worst in college football in 2018, the opportunity to insert Beason’s speed, athleticism and ball skills into the Illini secondary was a tantalizing prospect.

Unfortunately for Illinois, the freshman suffered a knee injury in fall camp which will cause him to miss the entire 2019 season, Lovie Smith officially announced Aug. 19.

Expected to join a defensive-back room in need of depth, Beason would have likely started or at least been in the rotation alongside juniors Tony Adams and Nate Hobbs.

The four-star recruit out of the Dallas-Fort Worth area was adapting to every aspect of the college game prior to the injury. As opposed to high school, Beason was learning the value of watching film to improve in every area possible.

“In high school I (didn’t) watch a lot of film, so (I’ve been) watching film and finding ways I can get better,” Beason said at Training Camp Media Day.

Although he played receiver his senior year of high school, Beason was spending fall camp making the transition to the other side of the ball.

While many may have envisioned Beason and fellow freshman Isaiah Williams combing for touchdowns on the offensive side of the ball when they committed, Beason felt his physical gifts were more suited for defense.

“I felt it would be better for me moving forward,” Beason said. “I’m a tall corner, I got good length and I’m very fast.”

Furthermore, Beason felt his experience as a receiver would give him an advantage at getting his hands on the ball and causing turnovers.

For Illinois, the loss of Beason adds to the growing list of players who were expected to be a part of the 2019 team that will not take the field in orange and blue this fall.

The loss of talent began when Miami transfer Jeff Thomas backed out of his signing in favor of returning to Coral Gables in January, which was coupled with fellow transfer receiver A.D. Miller following suit to return to Oklahoma soon after.

In April, Georgia tight end transfer Luke Ford was denied a waiver of immediate eligibility by the NCAA, which sparked a national upheaval on social media. Despite choosing to join the home state Illini to be closer to a sick relative, Ford was deemed ineligible for 2019. The decision seemed a curious one given his own teammate, Justin Fields, was given a waiver to play right away at Ohio State despite transferring away from his home state for a reason that, at least from the outside, seemed motivated by nothing more than playing time.

And in May, budding defensive tackle Bobby Roundtree suffered a serious pool-related accident that will leave him out for 2019 and possibly beyond.

Though this year’s Illini are undoubtedly Lovie Smith’s most talented team since he took over in 2016, the thought of how Illinois’ season could have turned out had these players along with numerous other transfers and dismissals been in the fold is one that many will ponder over the course of the season.