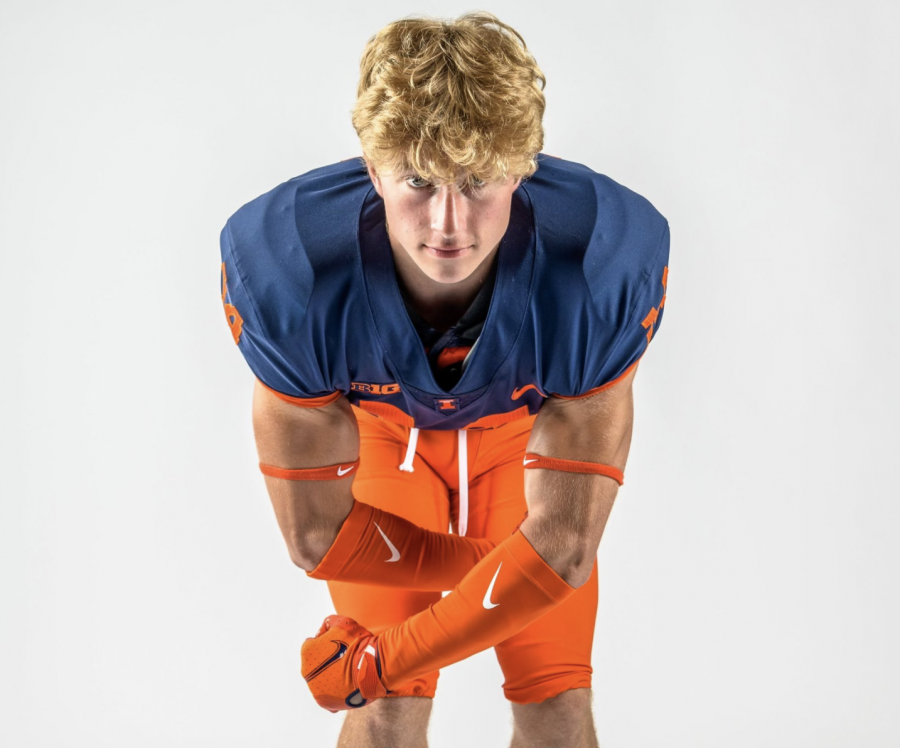 Aidan Laughery poses for a photo in Illinois gear. Laughery recently committed to the Illinois football family for the upcoming fall season.

Gibson City native Aidan Laughery announced his commitment to play football at the University of Illinois this fall. The three-star running back made his choice official on Wednesday during a livestream on WCIA 3 News.

This commitment is huge for Illinois, as Laughery chose the Illini over other power-five schools such as Iowa, Michigan State and Washington State.

The 5-foot-11, 185 pound running back will provide depth in the backfield for the Illini. Laughery came into the recruiting season as the 904th ranked prospect nationally and the 18th ranked senior according to 247Sports.com.

Laughery is the 14th commitment from the class of 2022 and the eighth in-state commit for Illinois. When Bret Bielema took over as head coach of Illinois football, he said he wanted to “lock down” some of the top talent within the state of Illinois, and the signing of Laughery shows his intention.