Illini of the season: Aduma, Howell excel amid young talent 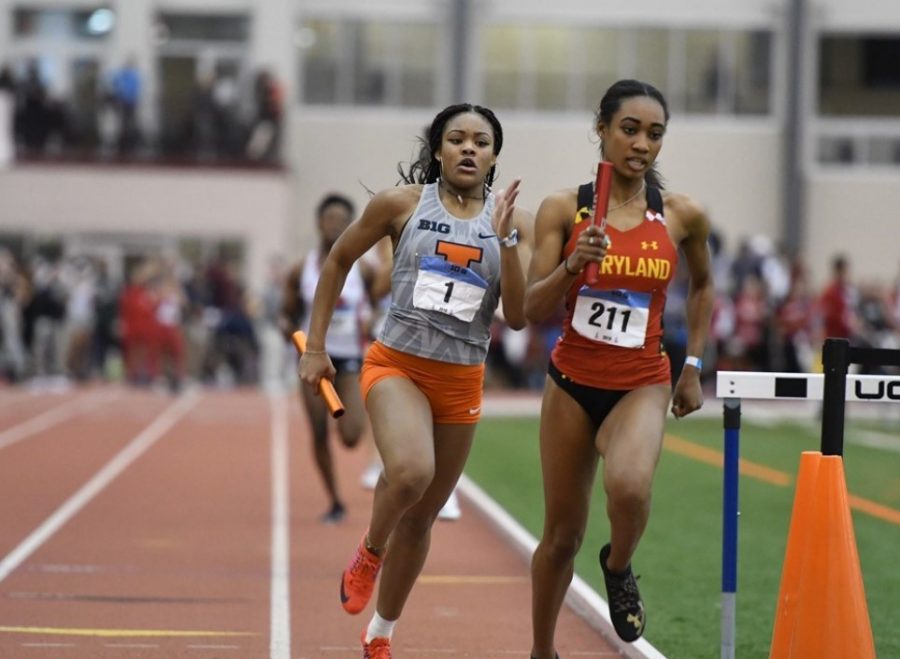 The Illini women’s track team, with its roster stuffed with underclassmen, fought hard during the indoor season, securing a few event titles along the way. This wasn’t a dominant track and field squad, but given the number of young assets, experience is more important for preparing the team for a future run at the Big Ten title.

While no one will know how the outdoor season would have fared for Illinois, we can still look back at the indoor season and see who provided the most production for the team and who can lead them next season.

Excelling in the classroom isn’t the only thing the Academic All-Big Ten athlete can do. She also stands out on the track, too. After an excellent sophomore season, Aduma took her game to a new level.

At the Larry Wieczorek Invite in Iowa, Aduma got things started by winning one event in the women’s long jump with a distance of 6.14 meters, the team’s first event win of the season.

During Illinois’ first only and home meet of the season, Aduma stole the show from the seniors, securing first-place finishes in the 60-meter dash and long jump, while also aiding the team on the event-winning 4×400-meter relay.

Aduma also added another event title in hurdles at the Ole Miss Classic, showing off her incredible versatility.

Aduma, only a junior this year, still has one remaining year of eligibility. The Illini should be able to lean on her to lead a team stuffed with young talent.

Phillips, a decorated state champion in the state of Tennessee for multiple sprinting events, decided to leave her home state and head up north to Champaign, Ill., and is happy she did.

Over four years, Phillips was a steady and key presence for the program while excelling individually as well. In both her freshman and sophomore years, she was selected to compete in the Big Ten championships for the 400-meter dash.

But what made Phillips so vital for the Illini was her ability to be able to do whatever the team needed her to do. Instead of just focusing on one event, Phillips competed in multiple events in 11 combined meets in 2019. Unfortunately, Illinois wasn’t able to fully utilize her diverse abilities in the outdoor season.

Phillips is set to move on from college, carrying a passion for art into the workforce. The National Honors Art Society member aspires to be a graphic designer for books and magazines.

Another graphic design major, freshman Olivia Howell came over from The Buckeye State to continue her academic and athletic career, and she has shown off her talents in a career that is just getting started.

A state champion three times in Ohio, Howell is starting to show she can compete with anyone in the country. After a successful indoor season, Howell was also selected to compete in the Big Ten championships for the mile. With a time of 4:45.15, Howell took home fourth place, giving the Illini five team points.

Despite being on a team that is dominated by a substantial number of athletes who are either freshmen or sophomores, Howell has shown she is the cream of the crop and has shown Illini fans she is ready to carry this team to new heights.