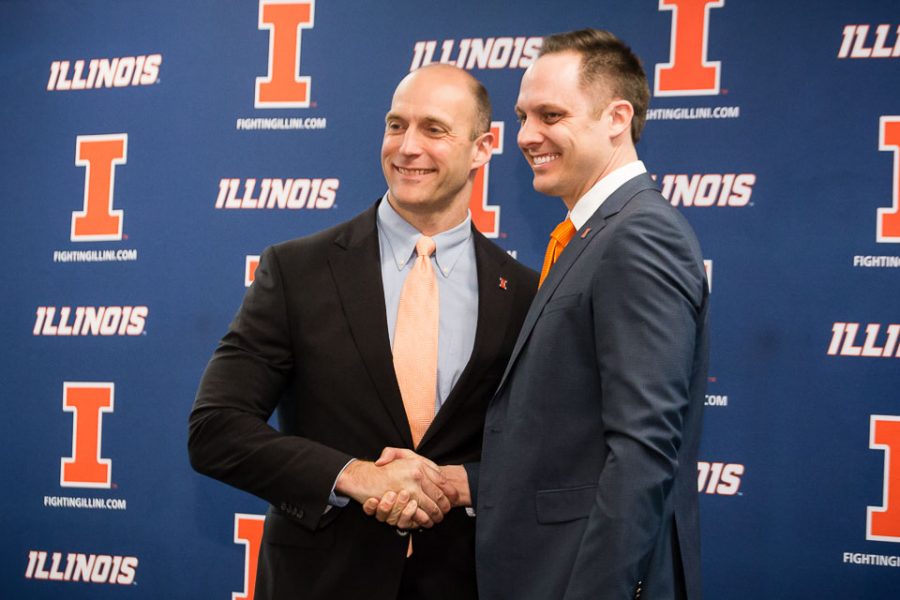 Illini Director of Athletics Josh Whitman announced Friday that Chris Tamas would be taking over. Tamas replaces Hambly who left in January to take the head coaching spot at Stanford.

Tamas had been the assistant coach at Nebraska since 2015.

“As expected, our coaching opportunity attracted widespread interest from coaches across the country, including many sitting head coaches,” Whitman said in a press release. “Chris stood out immediately. His breadth of experience as both a player and coach, his commitment to the personal growth and development of our student-athletes, his work ethic, and his fierce competitiveness are compelling.”

In his first season with the Cornhuskers, he helped turn the team into a defensive juggernaut. Nebraska held its conference opponents to a .167 hit percentage before going on to win its fourth national championship.

He graduated in 2003 from the University of the Pacific with a degree in sports sciences. He started all four years and was an AVCA All-American first team selection and team MVP during his senior season.

“My family and I are extremely excited about the opportunity to coach at the Illinois,” Tamas said. “Huff Hall is one of the outstanding volleyball venues in the nation, and I’ve always thought the Spike Squad was awesome. Illinois has traditionally been one of the elite programs in the country and the Big Ten Conference is the premier volleyball league in the nation. I can’t wait to work with our team and prepare to compete against the best.”

Tamas’ hire is pending completion of the University’s hiring processes and the Board of Trustees approval.