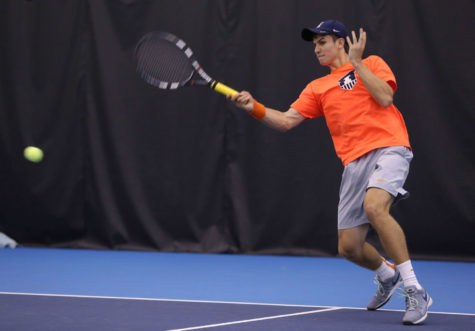 The Illinois men’s tennis team played better doubles and started faster this weekend in two victories, a 7-0 sweep over No. 27 Kentucky and a 6-1 win over No. 51 Purdue in West Lafayette, Ind. The Illini went 4-0 in doubles and led the in two uncompleted matches, while taking 9-of-12 first sets on th...

Despite completing a thrilling comeback win over then-No. 6 North Carolina Saturday night, Illinois men’s tennis head coach Brad Dancer said that the team still has a lot of work to do. In its three dual meets against top-15 teams, No. 5 Illinois has dropped the doubles point every time and compiled ... 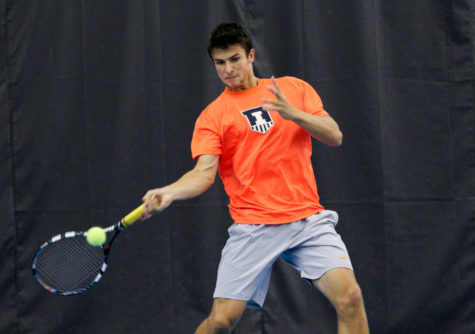 Last year, the Illinois men’s tennis team’s first defeats of the year came in Durham and Chapel Hill, North Carolina, when the Illini faced Duke and North Carolina in back-to-back early-season dual meets. This year, the No. 8 Illini will face the No. 11 Blue Devils and the No. 6 Tar Heels at home... 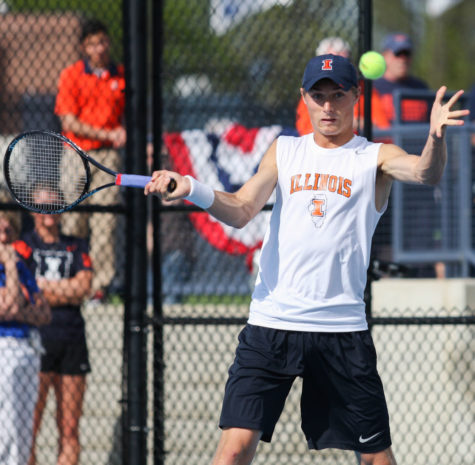 The Illinois men’s tennis team‘s season came to an end last year in the Sweet Sixteen of the NCAA tournament. It fell 4-0 in only its second shutout loss of the season. Both of those losses came against the same team: the Baylor Bears. Baylor was a thorn in the Illini’s side last year. Led by two... 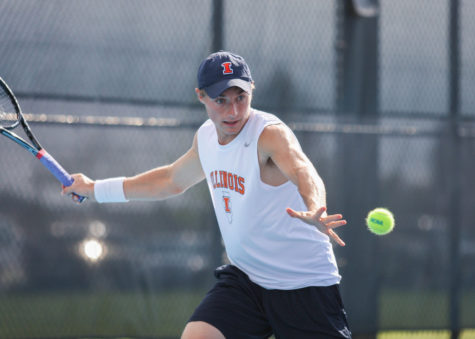