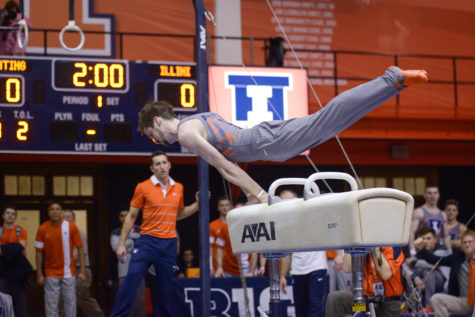 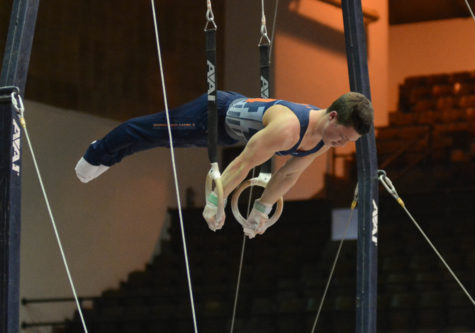 During February's Winter Cup in Las Vegas, Illinois men's gymnastics Alex Diab competed alongside C.J. Maestas — a former Illini who holds many spots in the program's record bookFollowing the competition, Diab said the experience would have a great impact on the rest of his season.Since ...

In his return from suspension, Bobby Baker quickly showed why he was named last year's Big Ten Gymnast of the Year.The Illinois sophomore finished first in the all-around, and did not miss a beat after having not competed in nearly a month. The time off gave Baker the perfect opportunity to break down...

Men's gymnastics square off against Iowa for second time this week 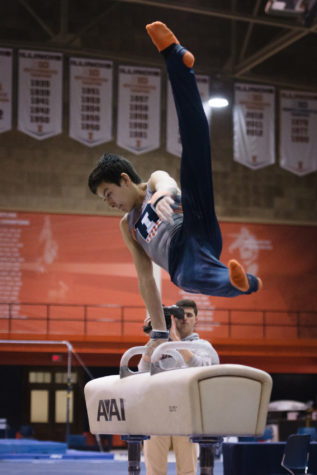 The Illinois men’s gymnastics team (7-0) will face a conference foe for the second time this week when it travels to Iowa City, Iowa, to face the Hawkeyes Saturday.ssThe two faced off Sunday in the Windy City Invitational at the UIC Pavilion, where Illinois finished first in a field of six for a secon...

Since beginning its season with the annual Orange and Blue exhibition, the Illini Men’s gymnastics team has gotten off to a hot start; winning its first two regular season meets.The Illini's first victory came against the UIC Flames on Jan. 9. The Illini dominated in a way they have neve...