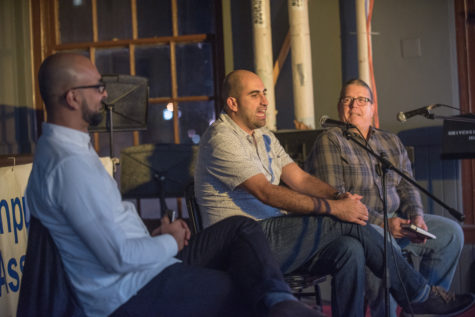 Robert Warrior interviewed Steven Salaita on Tuesday; similar to their original job interview in 2014. This time, though, the conversation was focused on why Salaita wasn’t hired, not why he should be.Nearly 200 people were in attendance for Salaita’s book talk at the Independent Media Center, where...

Chancellor Phyllis Wise announced on Monday the formation of a new Campus Budget Advisory Task Force to aid the University as it faces state funding challenges.The announcement was given in the form of a massmail to the entire University.Wise said the task force’s duties include proposing activities...

The University’s Army ROTC will host its second annual Hall of Fame induction ceremony on Friday to recognize University ROTC alumni who have made significant leadership contributions in both the military and civilian world. The medal ceremony will take place in Huff Hall on Friday at 10 a.m., follow...

The man behind ‘Sorry Phyllis’ 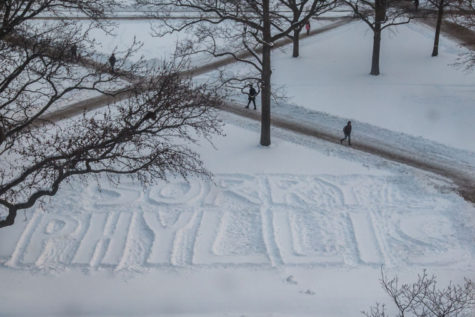 Snowflakes whirled through the frigid winter air, pelting the face of Luke Dobrovits, sophomore in FAA, as he dragged his feet through several inches of snow.  It was around 4:30 a.m. Wednesday, and except for the snow removal team clearing the roads free of grey slush, and perhaps a few squirrels sc...