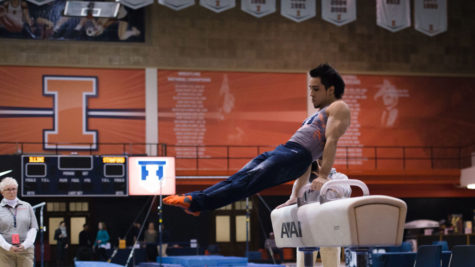 The Illinois men’s gymnastics team made history this weekend at the NCAA Championships, failing to advance to the team finals for the first time since 2002. But despite a series of injuries, the team exited Norman, Oklahoma, with an individual national champion. Illinois suffered its first blow before t... 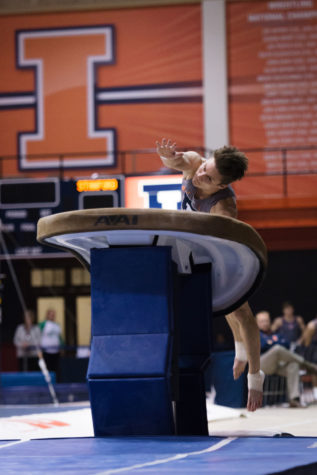 Head coach Justin Spring is confident that his No. 5-ranked Illinois men’s gymnastics team has enough talent to make a strong run at the NCAA Championships this weekend in Norman, Oklahoma. For him, the two biggest factors that will determine the Illini’s fate are execution and overcoming nerves... 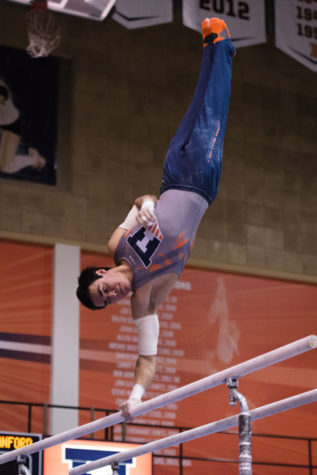 The Illinois men’s gymnastics team has one last meet to prepare for the Big Ten Championship later this month. The team wraps up its regular season on the road Sunday in Ann Arbor, Michigan, against the two-time defending national champion Wolverines. While head coach Justin Spring would have preferred a healthy squ...

The No. 5 Illinois men’s gymnastics team placed fourth in the NCAA Championships on Friday. The Illini put up a valiant effort, scoring 435.350. Michigan won the title. Oklahoma finished second and Stanford took third. Michigan, the defending champion, scored a 445.050 in the winning effort. Illi... 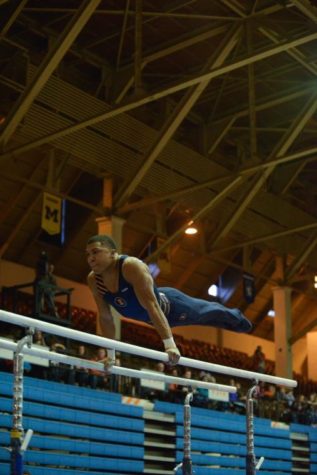 None of the five Illinois men’s gymnasts who traveled to last weekend’s Winter Cup qualified for a spot on the U.S. national team. Only three Illini managed to reach event finals. Freshman Chandler Eggleston, sophomore C.J. Maestas and junior Mike Wilner qualified for the finals on Saturday, despite su...