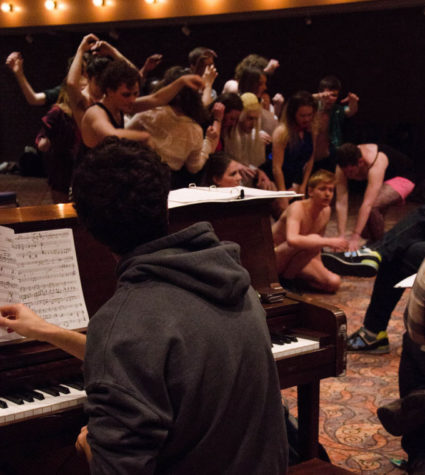 After Friday at the Canopy Club, the remains of toilet paper squares, confetti pieces and playing cards may litter the ground. This will not be the doing of sloppy patrons, but of audience members participating in “The Rocky Horror Show.” “The Rocky Horror Show,” presented by Illini Student Musica... 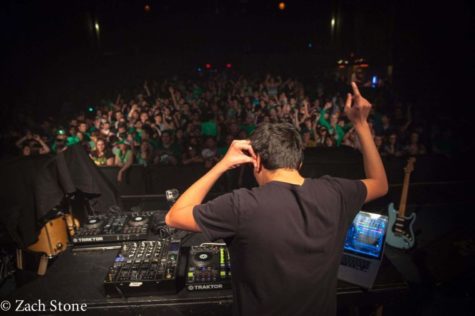 “We have been waiting for this weekend,” said Josh Golden, manager of performing artist, Frankie Sanchez, to The Canopy Club’s packed audience Saturday night. “And this is the best weekend we have ever had.” On Friday and Saturday night, The Canopy Club hosted its first-ever Heartland Music Fes... 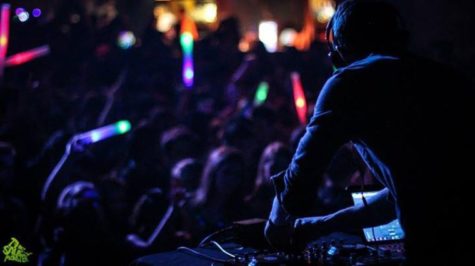 As students from other college campuses visit the University for Unofficial weekend, The Canopy Club’s Heartland Music Festival hopes to unite both these visitors and University students in a safe environment, through a common passion: music. On Friday and Saturday night, various performers will pe...

Glowin’ and Flowin’ at The Canopy Club 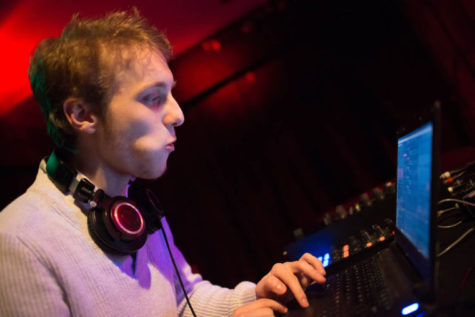 Glow sticks and glowing cups wave in the air, and white shirts and students’ teeth are illuminated by black lights. The bass pulsates throughout the venue, and concertgoers pump their fists to the beat of the electric dance music, or EDM. As attendees dance under the neon lights, the DJ stands on the st...

Felix Cartal to drop the bass at Canopy Club 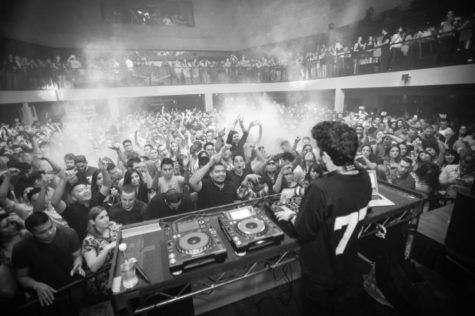 Students now have a reason to rave this week: Electronic dance music producer and DJ Taelor Deitcher, better known by his stage name Felix Cartal, will be stopping by to drop the bass on campus. On Thursday night, Felix Cartal will perform at The Canopy Club, along with Love & Light, Spankalicious a...

Every Tuesday at 9 p.m., a lights shine bright and the sound of laughter echoes long after a punch line when comedians step up onto the stage at The Canopy Club for the Campus Comedy Showcase, which was established this semester to promote stand-up comedy at the University.  This year, Jesse Tuttle, the... 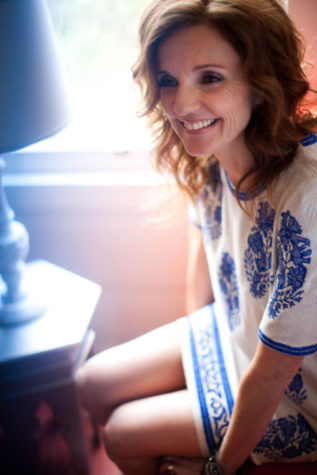 For over 20 years, Grammy-winning artist Patty Griffin has been an active member of the folk music industry. Despite the constant change of the field, she has continued to produce and perform her own original music. “I have just been making my way through the world,” Griffin said. “I have been lu...

A constant changing of band members is a signal of creative hardship for most musicians; the Rumpke Mountain Boys, however, used it to find a steady group dynamic. The Rumpke Mountain Boys have found the right mixture of personalities for a concrete group. Now in their third year together, the four Rump...

After observing patrons at the coffee shop, classmates in lecture halls and passersby on the sidewalk, Saagar Gupta, junior in Business, said he thought he saw most of the people of many different races and ethnicities at the University, but didn’t see them coming together as much as they should. ...