Where do the Republican candidates for the 13th congressional district stand? 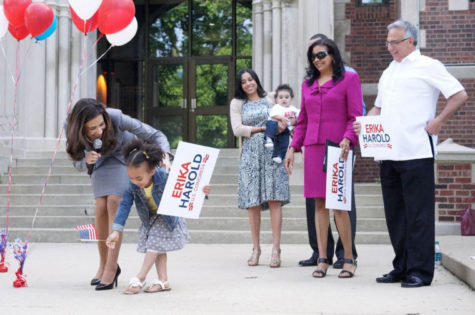 To see where the Democratic candidates stand, click here. Candidates running for the 13th congressional district met Thursday night for a public forum to discuss both national and local issues at the Champaign City Council Chambers. All candidates beside the incumbent Rep. Rodney Davis were in attendance...

Candidates running for the 13th congressional district met Thursday night for a public forum to discuss both national and local issues.   The forum began with the Republican candidates Michael Firsching, a veterinarian from Midway, and Erika Harold, an attorney from Champaign and former Miss America,... 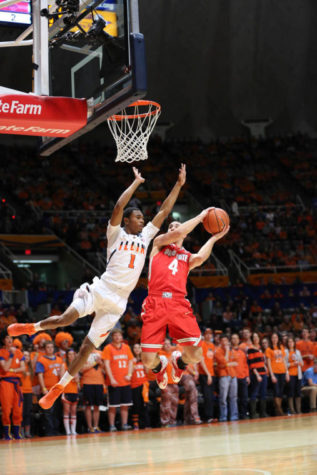 Unless Illinois draws Ohio State in the Big Ten Tournament in March, Saturday may have been the last time the Illini will see Aaron Craft. They’re probably not too upset about it. Even with foul trouble limiting his first half playing time, Craft led Ohio State with 14 points in a 48-39 victory ove... 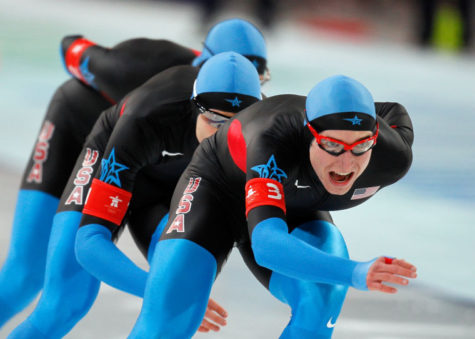 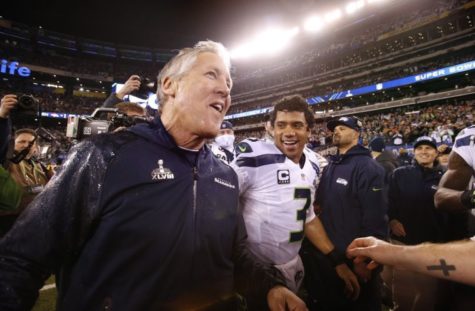 EAST RUTHERFORD, N.J. — Believe it, Seattle — after 38 years, the Seahawks are finally Super Bowl champions. In fact, by the time it ended, the only thing unbelievable about this one was how easy it was, as the Seahawks cruised to a 43-8 win over the Denver Broncos to take Super Bowl XLVIII in fron...

It has been a rollercoaster week for Big Ten basketball, and Saturday was a rollercoaster game between Illinois and Iowa. The Hawkeyes beat the Illini 81-74 at State Farm Center in a game that saw Illinois erase a 21-point first-half deficit but fall short in the comeback attempt. It felt as if Illinois le... 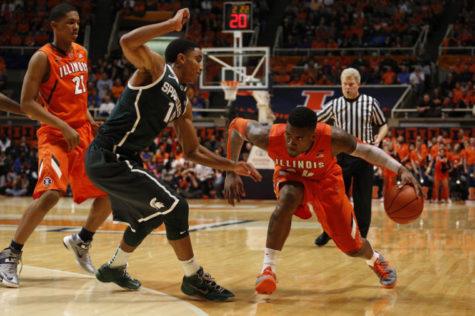 Iowa presents one of the toughest matchups in the Big Ten. The Hawkeyes, one of the biggest teams in the conference, have four starters 6-foot-6 or taller and lead the Big Ten in rebounding. They've played 10 players at least nine minutes a game in conference play. None of the contributors are freshm... 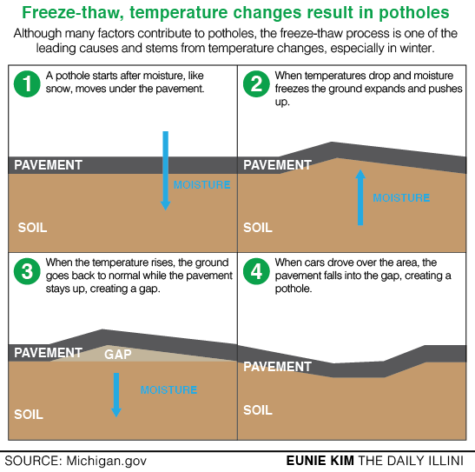 With colder temperatures and extreme winter weather comes a greater risk for potholes to form. “If something’s worse, it’s because we’re having a worse winter,” said Kris Koester, Champaign Public Works public information officer. “Also with that, us taking people off the streets more and put... 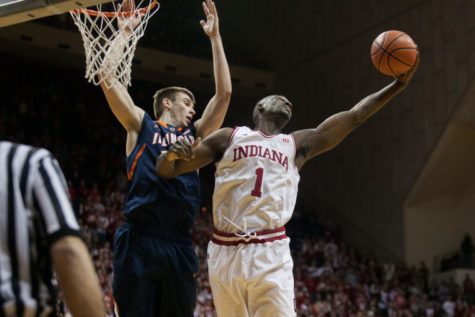 BLOOMINGTON, Ind. — Rayvonte Rice bounced back from a scoreless game to put up 20 points. Joseph Bertrand sunk from a 19-point game to score only two points. Such is life for Illinois basketball these days. When one player clicks, another collapses. "We're not good enough to not have everybody hitting on all cylinders,"...

Illinois looks to get back on track in rematch at Indiana 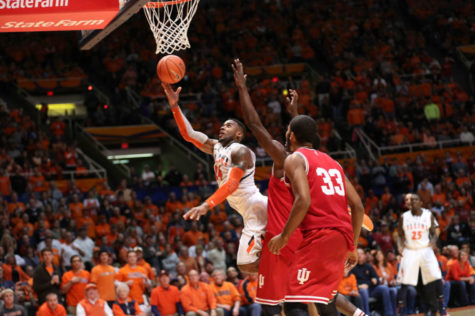 A lot has changed in 26 days. When Indiana and Illinois first met on New Year’s Eve for the opening of Big Ten play, Illinois sat at 11-2, on the verge of cracking the top 25. Illinois had five starters who could score, led by one of the country’s top scorers in Rayvonte Rice. The Illini had moment...