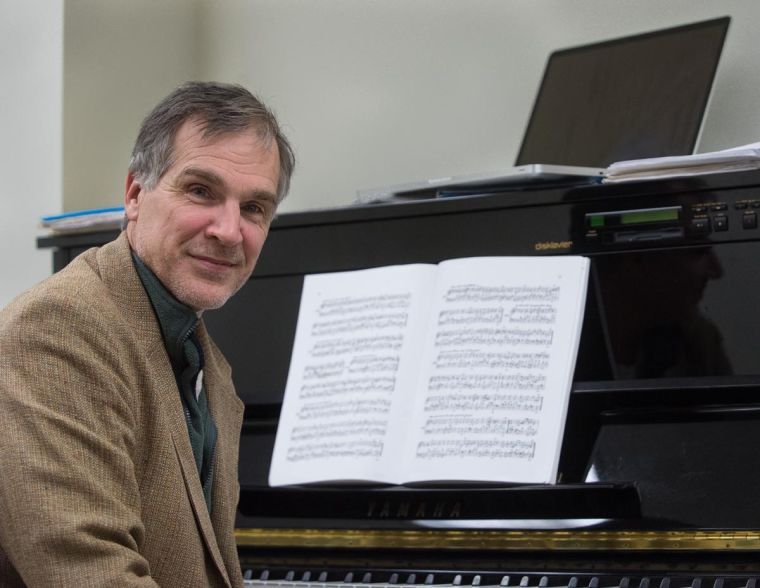 Although music theory education has traditionally been confined to textbooks, University music professor Heinrich Taube is creating a technological, interactive tool to advance students’ studies outside of the classroom.

Harmonia, Taube’s computer program, was recently released as the first commercial app put out by the University and is available for free download on Apple’s App Store. By providing intelligent feedback to its users, the app allows students to check their responses while studying music theory and structure.

More than 14 years in the making, Taube’s app comes as a result of his life experiences — motivation for him to be one of the first to bridge music studies with technology.

Music was always been a part of Taube’s life growing up in Portola Valley, Calif.; he began playing the piano at 5 years old.

“My father was a chemist and would play opera everyday when he came home from work,” Taube said. “I grew up loving classical music and realized I wanted to work with music when I was 18.”

Taube has not always been just a music professor, as he first pursued extensive music education in computer programming.

“I went to Stanford, and that place was the premier place in the ‘70s and ‘80s to study computer music,” Taube said. “No one told me I couldn’t. It wasn’t like I needed a degree. It was just something that I did.”

Taube attended the Center for Computer Research in Music and Acoustics at Stanford, a school where he said programming was a natural part of life. John Chowning — the inventor of frequency modulation synthesis in music and audio, founding director of CCRMA and one of Taube’s former professors — helped shape Taube’s belief that music and technology go hand-in-hand in today’s world.

“There’s all kinds of plug-ins and systems that help you write music, like GarageBand, so we don’t really think about it anymore as computer music but just music,” he said. “It’s not a special thing anymore. Music is digital technology. Period. End of sentence.”

After graduating Stanford with bachelor’s and master’s degrees in composition and theory, it took Taube a while to get into teaching.

“I was associated with research labs and software, and just before this job, I was living in Germany (and) working at a music and arts institute (where I) applied computers to music,” Taube said.

Taube returned to the U.S. and started his job at the University in 1995, where his take on technology and music translated into his teaching technique. Having created two educational software programs to help students learn music algorithms and music theory, Taube is now working to use technology as an effective learning tool in music classrooms — an update he feels the field has long needed.

“When I started teaching and walked into a classroom, it was like a throwback,” Taube said. “It was like I was 18 again and nothing had changed.”

This is what inspired him to create Harmonia as a modern tool to help students learn how to analyze the theory and structure of music.

“We started the process for Harmonia in 1998 and are still working on finishing it up today,” Taube said.

Trying to understand the harmony, progression, keys and composition of notes is a difficult process, Taube said, which is why he created the app.

“There was no team. There was me sitting at this old, funky table with a computer,” he said. “I’m not a computer scientist, but I learned from really clever people at Stanford how to program, and I am pretty good at it.”

Anastasia Malliaras, senior in Music, took atonal music theory with Taube two years ago. She said she enjoyed the course because of its small class size and the individual attention she received.

“I struggle with music theory, but the way he taught it was very clear, and he explained everything really well,” Malliaras said. “He really helped me understand what I was doing and appreciate music theory.”

Halim Beere, University graduate student in Music, took three of Taube’s classes and even helped develop ideas for Harmonia. He continues to work with Taube, after asking Taube to be his research adviser.

“He’s a deep thinker and expresses this thought through writing code and thinks about musical problems in a really abstract and stimulating way,” Beere said.

“There’s nothing wrong with learning from a book, but it doesn’t scale today,” Taube said. “When you’re teaching 80 or 100 or 500 students at a time, it becomes really difficult to understand and grade. There aren’t enough humans in the loop to teach this adequately anymore. Harmonia solves this problem.”

Although teaching is the driving force behind Taube’s Harmonia, Beere said there is more to Taube than just teaching; he creates his own software, he’s a composer, a father and a positive mentor within the School of Music.

“A part of his strength in teaching is allowing the students to really do what interests them,” Beere said.

Saher can be reached at [email protected]