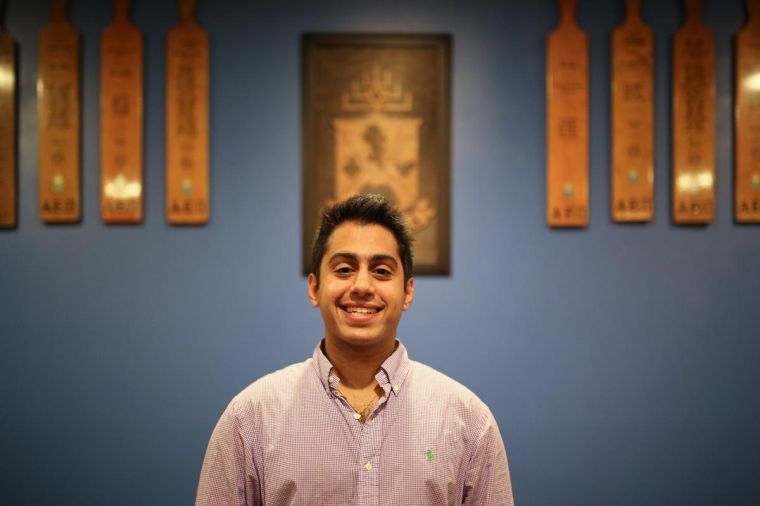 In the corner of Alpha Epsilon Pi’s chapter room sits stacked boxes of yoga mats — an unusual find in a fraternity house. Aaron Babajoni, junior in LAS, explained that the mats will be given out to participants in Alpha Epsilon Pi’s new philanthropy event, “Stretch for a Cure,” which will take place at the ARC’s multipurpose room 6 on Sunday from 2 to 4 p.m. A Lululemon Athletica yoga instructor and ambassador will be teaching the yoga class, and all proceeds will be donated to Susan G. Komen for the Cure. Tickets are $12 at the door and $10 in advance, which can be purchased through Babajoni.

Babajoni, who serves as Alpha Epsilon Pi’s philanthropy chair, said that the event is something he is not only excited for, but also incredibly passionate about. “Stretch for a Cure” proves to be more than just a philanthropy event — it is the true embodiment of Babajoni’s eagerness for giving back, he said.

With excitement in his tone, Babajoni described how the unique event came to be.

“The idea was actually brought up by another brother in the house,” he said. “He gave me a call over the summer and thought it’d be a great idea and there would be a lot of interest on campus for it. We thought, ‘Why not? It hasn’t been done before. Might as well give it a try.’ … and we went for it.”

Jason Pomeroy, fellow Alpha Epsilon Pi brother and junior in ACES, said Babajoni always challenges himself and is not afraid to step out of his comfort zone.

“(He) is always looking for an opportunity to grow as an individual, (and he is) open to suggestions to make things better,” Pomeroy said.

This may explain the fraternity’s effort to take on a new kind of philanthropy event that deviates from the typical dinners and sports tournaments that are often used as fundraising events.

Babajoni said immersing himself in Greek life has allowed him to “mix education, philanthropy and social life all into one.”

He explained how getting involved in Alpha Epsilon Pi has provided an environment to not only make lifelong friends but also to make a difference.

In addition to serving as Alpha Epsilon Pi’s philanthropy chair, Babajoni participates in a variety of activities on campus. He is a former Illinois Student Senate member and currently a member of the Student Senate Financial Affair Committee, which reviews financial requests from registered student organizations, and distributes and approves the appropriations of funds.

He is also development associate on the Illini Hillel’s Executive Board and had participated on the Chabad Jewish Center Board. These organizations were part of Babajoni’s effort to get involved with Jewish life on campus. He is also an active member of the TAMID Israel Investment Group, a business-oriented RSO.

This list is also accompanied by a double major in economics and political science.

Simply shrugging his shoulders, Babajoni seemed nonchalant about his well-rounded resume that speaks for itself.

Michael Sterne, fellow brother and sophomore in Business, made the point that Babajoni not only supports Alpha Epsilon Pi’s philanthropy efforts, but also encourages brothers to participate in other organizations’ philanthropy events and promote the name of the house.

“(Babajoni) is not just passionate about our philanthropies, but philanthropy as a whole,” Sterne said.

There was a visible camaraderie as the brothers of Alpha Epsilon Pi relaxed on the couches of their chapter room. As they referred to Babajoni as “Babs,” the nickname he has in the house, the brothers joked about flag football and shared Babajoni’s quirky passion for making balloon animals. It seemed to exhibit Babajoni’s idea of what Greek Life provides: “(Joining a fraternity) was the best decision for me, and I’ve made the best friends that I’ll have for the rest of my life.”

“Babs has unparalleled will and drive,” Elisco said. “He wants to make a difference.”