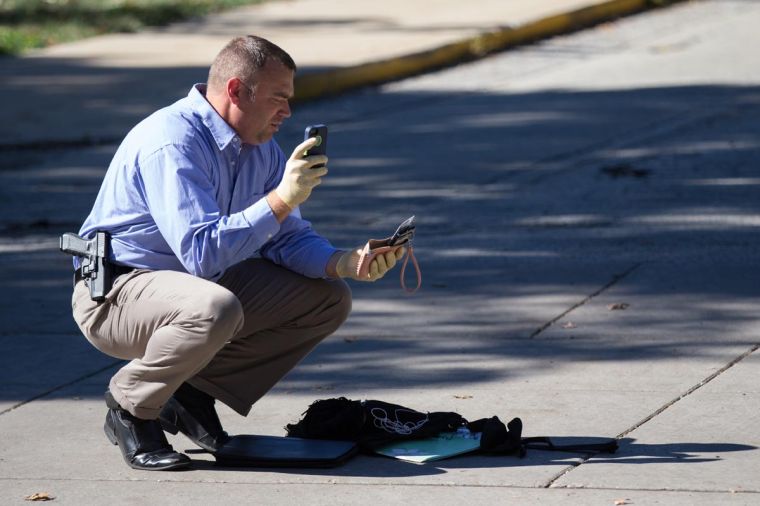 One pedestrian is dead following an accident on Lincoln Avenue on Wednesday morning. Spandana Mantravadi, the other pedestrian injured in the accident, suffered non-life-threatening injuries.

The state legislature passed the same-sex marriage bill on Nov. 5. Gov. Pat Quin then signed the bill, making Illinois the 16th state to allow a man to marry a man and a woman to marry a woman.

On Dec. 3, the state passed legislation to reform the pension crisis. The state’s budget crisis is no secret, which is why the legislature’s passage of a pension reform bill made headlines statewide. The changes will directly affect University employees by capping the amount of salary on which a pension benefit is based. University administration was not pleased with the bill’s passing.

On Oct. 9, one student, Mimi Liu, was killed and another injured when Willie Craft Sr.’s vehicle struck them as they were walking down Lincoln Avenue.

After a significant drop in the number of faculty in recent years, administrators announced their plans for future hiring. At a university the size of this one, it can be hard to conceptualize the hiring processes and objectives.

Yongfei Ci was charged with one count of first-degree murder, one count of home invasion and one count of aggravated kidnapping in the Sept. 27 murder of his ex-girlfriend.

6 | More students attending the University than ever before

Ten-day enrollment numbers showed that the University was hosting its second-largest freshman class and had its largest enrollment ever. By examining these numbers one can put the size of the University in perspective.

7 | Board of Trustees dismisses tenured professor

The University Board of Trustees voted to dismiss tenured Engineering professor Louis Wozniak on Nov. 14. Wozniak had been teaching at the University since 1966 and was suspended twice. The decision to dismiss a tenured professor is unprecedented and was done for concern over “student safety.”

The government shutdown from Oct. 1-16 effectively stalled much of the federal functions across the country. Many state employees and other citizens were frustrated with lawmakers’ inability to come to an agreement sooner.

Most citizens won’t ever know what it is like to be in the Army, but a Daily Illini two-part series took us inside one weekend at a ROTC training site in Indiana.

After storms ripped through Washington and Gifford, Ill., on Nov. 17, the community has seen an outpouring of support. Many are still without homes, yet they are preparing for the holidays — trying to be as normal as they can without their home or part of their community.

Before the Illinois Student Senate, students petitioned to add a female statue next to “Grainger Bob” to better represent women engineers at one of the top Engineering schools in the country. Women have always been less common in science, technology, engineering and math, so the statue would serve as a reminder that we’ve got plenty to go before we achieve equality.

The Illinois Student Senate may have been in violation of the Open Meetings Act, an Illinois state law that requires meetings among public officials to be in the public domain. Some ISS members took part in an closed Facebook group, drawing criticism from members of the student senate.

The conflict in Syria attracted international attention as refugees fled and political powers clashed. International issues, despite them taking place far from the U.S. sometimes, affect people on campus. Some students are from Syria or have family that were affected by the bloody conflict.

Miranda and Claire can be reached at [email protected]