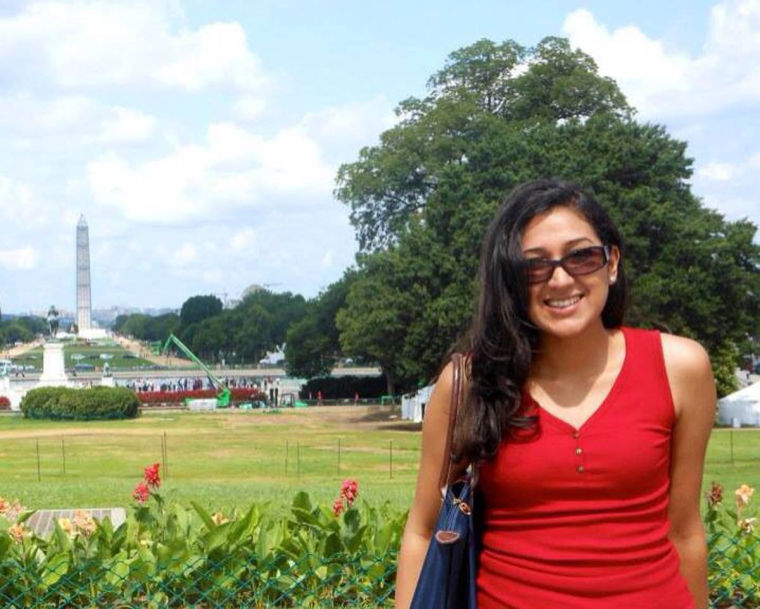 A typical day for a sophomore at the University may include classes, club activities and maybe a couple of Blue Guys at KAM’s in the evening. But not for Tanaya Bhardwaj, sophomore in Business. Her days consist of extracting and analyzing data for the technical content, schedule and risk that accompanies NASA’s budgeting process in Houston, Texas. And, once summer hits, she, along with 12 others, will attempt to climb the base of Mt. Everest in the Himalayas.

Bhardwaj is currently in the process of gaining a dual degree in finance and supply chain management at the university.

After graduation, she hopes to stay in the field of financial and technical consulting or continue to work at NASA, but she is keeping an open mind, she said.

Bhardwaj was first notified of an opportunity with NASA at the annual Engineering Career Fair at the University in spring 2013, She said a fellow student said NASA accepted some business majors, and she was later able to secure an interview. From there, she decided to take a year off of school to became a contract analyst in the CFO’s office in fall 2013.

While working for NASA in Houston, Bhardwaj is participating in the Pathways Co-Op. As a participant, she will have three “rotations” and try out different areas of interest, including procurement, finance and accounting. For her first rotation, Bhardwaj is placed in the CFO’s office, where she works as a contract analyst for the Lockheed Martin Facilities Operations Contract, a global security and aerospace company, in support of the Mission Operations Directorate.

Vicencio also said Bhardwaj has branched out into several leadership roles within her Pathways Co-Op program and is highly involved in community outreach and volunteer program in the Houston area.

Bhardwaj said her favorite aspect of working for NASA is the constant exposure to people from a variety of schools, backgrounds and majors who all share a common interest in space, technology and the future.

She will be staying in Houston until mid-August, when she will return to the University to finish her degree.

“I have friends who are working on the Orion project, Mission Control, ISS, space suit design and a bunch of neat things that I constantly get to hear about,” she said. “I mean, for all I know, I could be sitting next to a future astronaut during lunch, or on the treadmill next to a potential flight director — it’s pretty cool.”

A position with NASA is not the only aspect in which Bhardwaj separates herself from the average student. During this upcoming May, she will also be climbing the base of Mt. Everest. Her cousin, Malaika Kapur, has been actively involved in the #neverrest campaign, which aims to honor a charity called Tanzania Heart Babies at the University of British Columbia.

The main goal of the project is to raise a total of $25,000 to support the surgeries of 10 Tanzanian children suffering from congenital heart defects. The Tanzania Heart Babies Project hopes to make the general public aware of the pediatric need for cardiac surgery facilities in Tanzania, and it has helped more than 1,200 children thus far.

To create awareness of the issue, about 12 students from around the globe are going to climb the base camp of Mt. Everest this summer, Bhardwaj said.

“I’m super excited and more than happy to help out,” Bhardwaj said. “As their motto is ‘for the heart, from the heart,’ and I believe that even the smallest of steps can propel change.”

To prepare for this summer’s experience, Bhardwaj, who is a first-time climber, will be training every day after work. The group plans to climb about 17,000 feet during the trip.

Aside from her adventures both in Houston and soon at Mt. Everest, Bhardwaj plans to keep busy at the University by participating in clubs on campus. She is a member of Alpha Kappa Psi business fraternity, OTCR Consulting and Global Business Brigades.

“What I can tell you right now is that I enjoy being constantly busy and being pushed to think outside the box,” Bhardwaj said. “I want a job that excites me and that allows me to grow as both an individual and a professional.”

Christen can be reached at [email protected]