Peace gardens planted to establish collaboration and unity between congregations 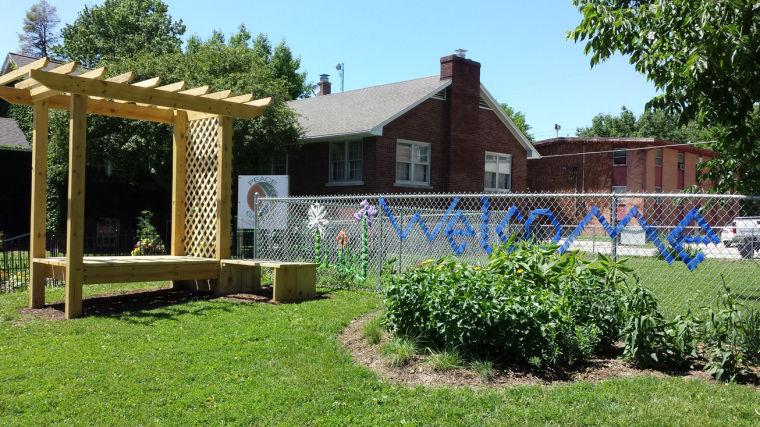 The First Mennonite Church and the Central Illinois Mosque and Islamic Center are collaboratively planting and maintaining peace gardens to celebrate their fellowship.

The First Mennonite Church and the Central Illinois Mosque and Islamic Center are planting for peace in their two peace gardens, a project with the goal of establishing collaboration and demonstrating unity between the two congregations.

The first garden is located beside the First Mennonite Church at 902 W. Springfield Ave., while the second garden — a new addition this year — sits by the entrance of the mosque, located at 106 S. Lincoln Ave.

These gardens are not the first time the church and mosque have reached out to one another in a collaborative effort, said Janet Guthrie, pastor at the First Mennonite Church.

“We started (the gardens) back in 2010, although our work with the mosque goes back to when the building was constructed in 1985,” Guthrie said. “So as long as we have been neighbors with the mosque, the First Mennonite Church and the mosque have been doing some things like sharing parking and cooperating in various ways.”

She said the peace gardens are another way to encourage cooperation between the groups and to celebrate their fellowship.

“It was a way to also provide for a joint activity that would involve multiple generations,” she said. “It would be symbolically very important, showing that we have a common goal of stewarding the earth and want to work together in that regard.”

There are about 15 to 20 people actively involved in planting and maintaining the gardens. This year the garden is Mediterranean themed, so volunteers mostly plant greens in line with that, such as tomatoes, squash, peppers and basil.

“People from both (the mosque) and Mennonite communities helped in land preparation, planting, and are currently helping with weeding and watering activities,” said Seyed Dastgheib, who is the head of the project from the Central Illinois Mosque and Islamic Center.

Beth Rempe leads the gardening efforts for the First Mennonite Church side of the project. She said setting up times for maintenance for the season is a “work in progress.”

“We set up times for regular weeding and watering, but it’s hard to coordinate schedules,” she said. “I think there’s a lot of goodwill towards it, it’s just a matter of getting times when people can come and when we can all be together doing it as well, which is one of the aims of the garden.”

Rempe said she’s thinking of having workdays once a month or so when a larger group of people can attend to “make it a more social event as well as a purely practical weeding session.”

Most of the produce from the garden goes to the Center for Women in Transition. Guthrie said such outreach to the community, in addition to cooperation between the congregations, is a demonstration of how “this garden builds relationships and builds peace.”