A taste of Quad Day performances 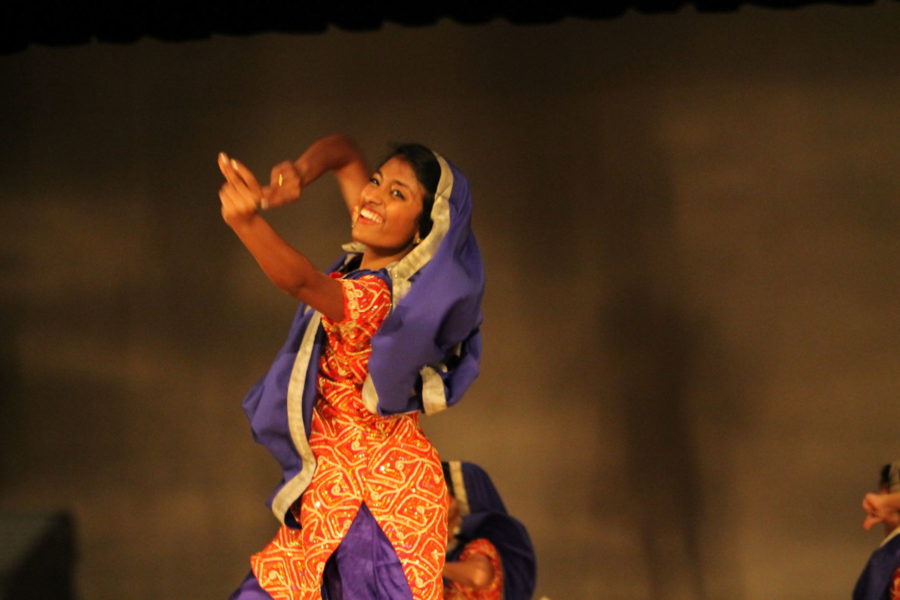 On Sunday, the University’s Quad will be packed with hundreds of multi-colored booths and thousands of boisterous students. Add to that the sounds of several student groups and organizations that will be performing on Quad Day. Performances will take place onstage in Anniversary Plaza near the Union. Here is a small sample of what to look forward to:

A division of the Taiwanese American Students Club, TASC Special Ops specializes in the art of the Chinese yo-yo. The gadget has two parts — a set of drumstick-like sticks joined with a string and an hourglass-shaped segment, which spins along the string. TASC Special Ops members will show off their yo-yo skills on Quad Day.

“We focus on choreographing our performance to the music,” said Eddie Lu, captain of the group and junior in Engineering.

In addition to performing at Quad Day, Special Ops makes appearances at various other events during the year, such as Filipino Americans Coming Together and Asian American Association events.

“We actually hold workshops throughout the year in which anyone can just come and play with our yo-yos,” Lu said. “We give free lessons basically … and by the end of the two-hour (workshop), most people can spin the yo-yo and do at least a couple tricks.”

Lu said that the Special Ops members look forward to Quad Day, as it is a prime opportunity to gain exposure for the art.

The Ghungroo Dance Company will blend culture and the arts to create an entertaining dance show during Quad Day this year.

“We are a nonprofit, non-competition dance team, and we promote Indian cultural awareness,” said Sravya Gourishetti, the group’s internal president and junior in LAS.

Gourishetti is one of the roughly 30 members in the Ghungroo Dance Company, about 11 of who will be performing on Quad Day.

The five-to-10 minute routine will take place on the stage near the Union, in addition to the group’s booth, which will be amidst the Quad Day hustle and bustle.

Ghungroo Dance Company is hoping to recruit new members, and even welcomes those with little to no experience. According to Gourishetti, as long as the student has a willingness to learn, it will be worth the practice and hard work.

Well before the hit film “Pitch Perfect” became popular, the Rip Chords was singing its way through college here at the University.

The all-female Acapella group has been around since 1992, and this year’s members will display their harmonization skills on Quad Day.

“(The Quad Day performance) is just a short preview of what we do, so we can get people to come audition for us,” said Mabel Seto, business manager of the Rip Chords and senior in LAS. “Quad Day is probably our main way of recruiting new members.”

The performance will last about 10 minutes, and it will feature songs that the group used last year, according to Seto. They focus on contemporary tunes and choose new ones every year.

In addition to the Quad Day performance, the approximately 15 members perform throughout the year at campus diversity events, high schools and other features.

“It just depends on where (the event) is and who hires us, but we’re pretty open to anything,” Seto said.

The members of Bellydance UIUC will be busy exercising their stomach muscles as they perform at Quad Day this year.

“Our goal would just be to expose more people to the art that is belly dance,” said Kaitlin Tyler, an instructor with the group and graduate student in Engineering. “Also with that, just show that anyone can do it. It doesn’t matter what size, what age, or … gender, either; we’ve definitely had men come to the classes.”

Bellydance UIUC provides free belly dancing lessons to anyone who wants to give it a try.

“It’ll be hard to miss us because we’ll be in our full costume, so we’ll be all sparkly and jingly,” she said, laughing.

During the Quad Day performance, members of last year’s classes will dance mainly to Middle Eastern music, as is custom with belly dancing. However, the performance troupe has also danced to music from Shakira, Lindsey Stirling’s dubstep violin and other musical varieties.

Bellydance UIUC will also have a booth on Quad Day to explain more about when the classes are and how to join.

Bringing a myriad of jazz paired with pop, ballad and country tunes, No Strings Attached dips into a wide variety of music styles. This co-ed Acapella group will exhibit their vocal stylings in the form of a Quad Day mini-show on Anniversary Plaza.

“We have an updated collection of past songs that No Strings Attached groups have sung,” said Sarah Altshuler, president of the organization and junior in FAA. “What we really like to do is encourage the group members to arrange songs … it’s really special because a certain member will arrange a song and the entire group sings it, and you get to share it with an audience.”

Quad Day will only be a sampling of what the group has to offer. However, No Strings Attached also performs at several different events throughout the year, including Acatoberfest, a multi-Acapella group event hosted by No Strings Attached, as well as high schools, middle schools, elementary schools and even other colleges.

The No Strings Attached members encourage new members to sign up, as auditions take place the first week of classes.

These are only five of the clubs and organizations that will perform on Quad Day. While roaming through the maze of booths, make sure to keep an eye on Anniversary Plaza and Foellinger Auditorium for other performances throughout the day.