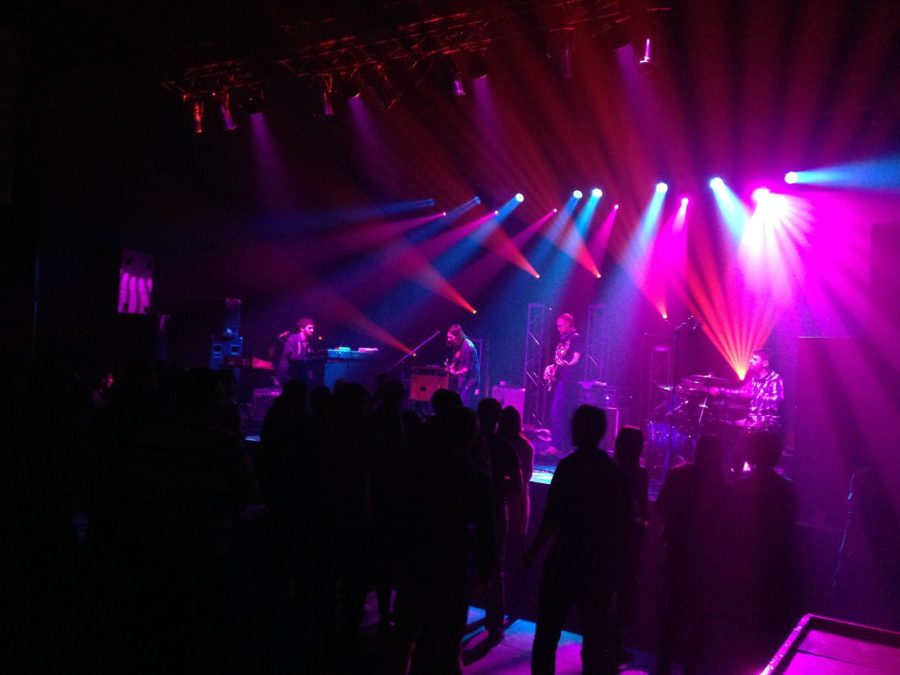 Smoke curls to the ceiling, green lights blink and people sway to the sounds of chill Reggae music. The laid-back atmosphere didn’t entirely foreshadow the planned performance at The Canopy Club on Sunday night, with the only signs of a show being the lonely instruments on stage.

Suddenly, the lights dim and the crowd cheers. Music starts playing soft and slow, and it progresses to a fast, upbeat tune. The crowd starts inching forward in anticipation. It’s an intimate gathering, however, and as the members of Dopapod glide smoothly across the stage, each audience member seems to get their own personal smile and wave.

On Sunday night at 10:30 p.m., Dopapod was ready to ‘melt faces’, as their publicist likes to suggest, and they were thankful that the crowd came out for them.

“Everyone walk forward,” They coaxed. “Let’s all do it so it’s not awkward, and we can have a good time.”

The build-up was agonizing, and the lights began to flash back and forth from blue, green and purple to yellow, red and orange. Dopapod began slow and steady, just like their introduction to the show, building up into an all-out concert. And the crowd absolutely eats it up.

Dressed in jeans and T-shirts and swaying rhythmically to the beat, the crowd exudes a feeling of relaxation and enjoyment, and the band follows suit. As they strum their strings and beat their drums, the members of Dopapod seem to move with each note they play. This provides the sensation that they are one with their music, and the audience seems to understand how inclined they are to their sound due to the personal touches and work they put into it.

Dopapod seems to pride themselves on their lack of definition and ability to play all types of music for any audience. This sense of pride was justified in their Urbana performance due to the fact that people of all different creeds united together to absorb the sights and sounds the band offered. The men seem so into their music and performance that it encouraged the crowd to appreciate the sound and merely absorb it and have a good time. The combination of Dopapod’s chill beats and crazy light show suggested a relaxed Sunday night.

Diversity, personality and the brand heritage of unique fluctuations in sound are what has made Dopapod such a low-key hit the past five years, and it hopefully will keep it going.

Rachel is a freshman in Media. She can be reached at [email protected]