Students compete in Mr. & Ms. U of I pageant 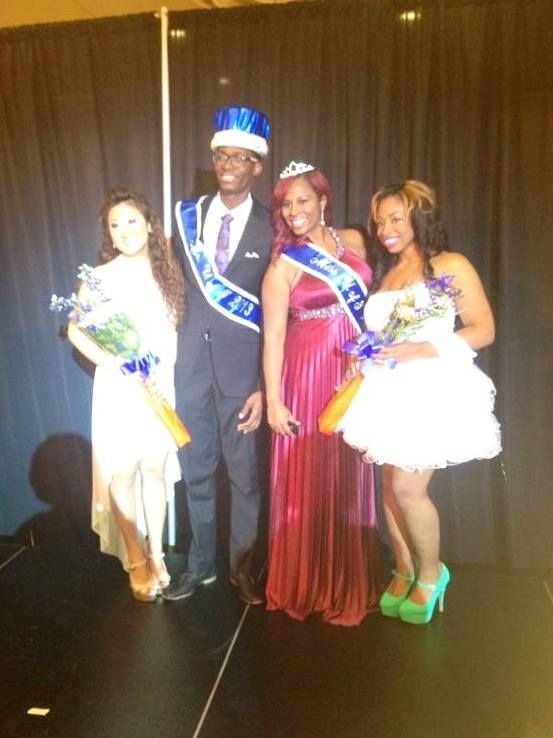 Past Mr. and Ms. U of I winners pose after being crowned.

Elijah Okpogie never thought he would be in a pageant.

But now, Okpogie, junior in LAS, has found himself to be a contestant in the Mr. & Ms. U of I pageant, which takes place tonight from 7 to 9:30 p.m. at the Illini Union Rooms A, B and C.

He said someone sent him a link about the contest and decided to sign up on a whim.

“I didn’t think I would get picked … but I was so excited when I did,” he said.

Okpogie, who is the founder of the on-campus photography company 50Diamonds , is one of nine contestants in the pageant that is part of the University’s Homecoming celebration. Five men will compete for the title of Mr. U of I and four women will compete for Ms. Illinois.

According to Aarti Shah, the Illini Union Board Director of Traditional Programs and senior in Engineering, the contestants are selected based on their involvement on campus, such as holding leadership positions and participating in registered student organizations.

Shah also said that doing the pageant is another way to get involved and it brings together different backgrounds and majors.

“It gives students the chance to shine and stand out,” she said.

Subria Whitaker, junior in LAS, is one of the female contestants.

Unlike Okpogie, Whitaker wrote in an email that she knew about the pageant from previous years and “stalked the IUB Facebook page until they put up the link.”

On campus, Whitaker is involved as the Co-General Manager of WBML Radio and web master for the Minority Association for Future Attorneys.

The pageant, which Shah said has been around for at least the past four years, has three rounds.

Okpogie said he is planning on dancing for his talent, but is most nervous about what to wear.

While Whitaker wrote in an email that she will not reveal her talent, she hinted that it derives from a special part of African-American history, and she hopes to do it justice.

Shah said she encourages students to attend the pageant because there will also be a “People’s Choice Award,” where audience members choose an additional Mr. & Ms. U of I.

“It is not a beauty pageant,” Shah said. “Its purpose is to showcase talent, foster the spirit of Homecoming and express leadership skills.”