Home away from home for Illinois’ Jannis Toepfer 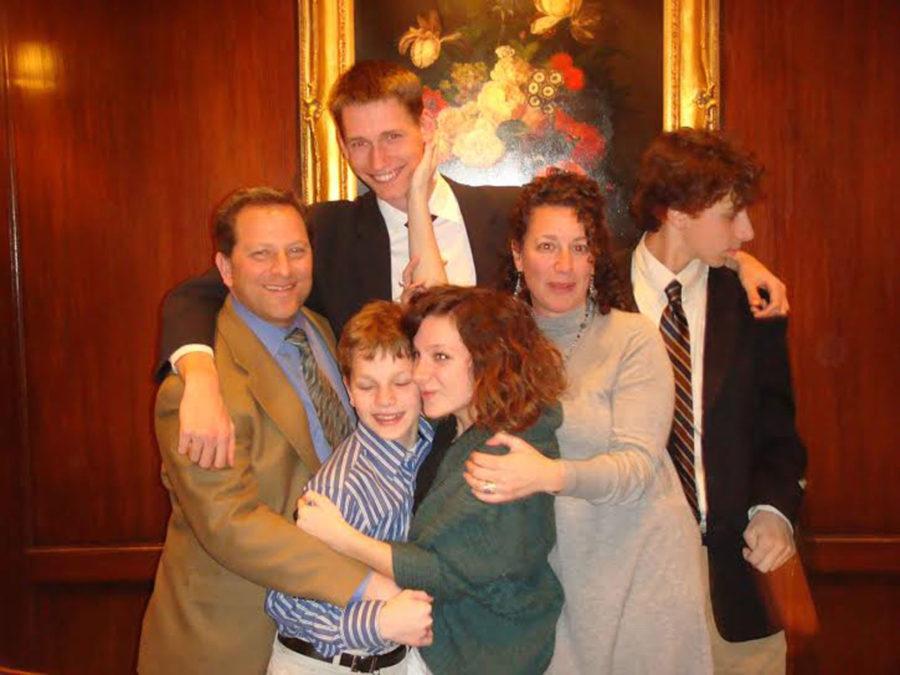 Check Illinois men’s cross-country results from the last three years, and one name is consistently at the top: Jannis Toepfer.

This season is his last for the Illini and then the 25-year-old graduate student will finally end his collegiate running career.

But if not for one family’s open arms, and one coach’s open mind, Toepfer may have never ended up at Illinois.

He grew up in Bochum, Germany, and his athletic ability emerged at an early age.

His elementary school held a field day every year, but because he won every event, Toepfer was excluded from the competition.

In 1995, 5-year-old Toepfer and his parents moved from Germany to Japan, due to his father’s job. While there, Toepfer was exposed to a new culture, and a found new passion: traveling.

In 1998, Toepfer and his family moved back to Germany, where he began getting involved more competitively with athletics. The first sport he fell in love with was basketball.

A frustrated Toepfer turned his attention to running at TV Wattenscheid O1, a local track club.

Along with a growing interest in running, Toepfer rekindled his taste for travel, especially to the United States.

After his freshman year of high school, Toepfer created an application through the American Field Service, sent it in and was assigned to a family.

“It was a total coincidence,” he said. “I could have also ended up (anywhere), a friend of mine was in Alaska, another was somewhere in Texas, you know all over the place.”

But Toepfer was headed to St. Louis, Missouri.

Her daughter Aliyah was a member of the international club at Mary Institute and St. Louis Country Day School. The club was looking for a host family and Aliyah thought it would be a great way for her family to learn about a new culture and to teach an exchange student about American culture.

Judy and Aliyah were the only representatives of the Taylor family there to meet Jannis at the airport.

“It was really kind of strange and awkward because we’re not the outgoing ones of the family,” Judy said.

Despite an initial awkwardness, the Taylor family quickly became comfortable with Toepfer. In a matter of months, he became family.

“He really became a member of the extended family as well,” Judy said. “He would take part in all the family events, he would go and visit the elderly aunts. He’s a unique person because he puts everything into everything he does — he does nothing halfway.”

His year living with the Taylors and attending MICDS was a new experience for Toepfer. Just like in Germany, Toepfer tried basketball and was on the team at MICDS, but for a reason Toepfer doesn’t understand to this day, he never played.

“I don’t know if it had something to do with me being an exchange student or whatever so that was also part of the reason why I decided to stop (playing) basketball,” Toepfer said.

“Running is about who is the best runner,” Toepfer said. “There’s nothing you can argue with, whereas basketball the coach has the ultimate authority. He can play whoever he wants.”

Lohr, a cross-country and track coach at MICDS, had heard the story many a times. A foreign exchange student was coming and was supposedly the “next big thing.” But as soon as Lohr saw Toepfer, Lohr’s attitude changed.

“I could tell from the time I met him that this was a special young man,” Lohr said. “He was so mature for a kid who was a sophomore and so excited to be where he was, excited to meet new people, excited to do well at this school and to have an opportunity to compete for a team that needed someone who can be their leader. He walked into that role immediately that day.”

Toepfer’s first race is the only race he can remember vividly at MICDS.

Toepfer started the race out hard, but after leading for most of the race, runners caught up with a gassed Toepfer. Exhausted, he was unable to run straight in the final stretch: He wobbled his way to the finish line, passed out and threw up.

The next day Judy asked him, “Is this going to happen everyday?”

But, despite Judy’s worries, Toepfer emerged as a talented runner at MICDS.

As he performed well, word spread about Toepfer and people became curious. The Missouri State High School Activities Association launched an investigation trying to figure out if Toepfer had been specifically chosen as an exchange student for the purpose of improving the school’s cross-country team.

After proving documents in the application process never mentioned Toepfer’s running ability, the investigation was dropped.

“First of all, it’s awesome because you see that people care, in Germany you always feel like people don’t really care as much about running,” Toepfer said. “On the other hand, it was weird. I didn’t understand it, why was it such a big deal?”

Toepfer finished seventh at the state cross-country meet and broke some MICDS records during the track season.

At the conclusion of the 2006-07 school year, Toepfer returned to Germany.

Even though Toepfer was heading home, to the Taylors and Lohr, it felt like he was leaving home.

“We were visibly upset when he left,” Judy said. “It was just hard to let him go.”

Toepfer returned to Germany and spent two more years at Graf-Engelbert-Schule before graduating in 2009.

Because of his experience with flying and travelling, Toepfer was interested in a career involving aerospace engineering.

A friend of his father’s was a professor at Delft University in the Netherlands and recommended it to Toepfer. Delft has one of Europe’s best aerospace engineering programs and that won Toepfer over.

In Europe, most universities and colleges do not have athletics. This meant Toepfer would have to train on his own and go back to Germany every other week to train and compete with TV Wattenscheid O1. This routine became tough on Toepfer.

Unable to train consistently, Toepfer accumulated half the mileage he was used to. He also spent many sleepless nights swamped with schoolwork.

“I was pretty sick of training by myself and Delft because they don’t have a school sport system and they were not supportive at all with my running,” Toepfer said. “I had huge issues with my scheduling and things like that and it was just a pain in the ass.”

In his second-to-last semester at Delft, Toepfer became involved in another exchange program. This time, he would be heading to Texas, where he wanted to continue his education and run for the Longhorns.

Then, an issue arose with Toepfer’s credits. At Texas, he was considered a non-degree seeking student and was ineligible to compete athletically.

After his exchange with Texas, Toepfer returned to Delft, but his dream to run for an American university still lingered.

Toepfer got in contact with Lohr, and informed him that he wanted to try to run in the U.S. again.

Lohr called Rassmussen and said, “I have this guy that I coached in high school, and he’s an outstanding young man, he runs 8:50 in the steeplechase, he’s from Germany, and he’s looking for a school he can go to and compete that has a great engineering campus.”

Rassmussen said he would pass the name along to the men’s coach, but couldn’t guarantee anything.

A short time after talking with Rassmussen, Lohr received a call. Toepfer was going to be an Illini.

“He’s someone who comes everyday and rarely does he not perform in a practice or a race in a way we’re not expecting,” Stewart said. “He’ll be tough to replace.”

“There are opportunities and you need to use them,” Toepfer says. “Illinois was there at the right time and that’s what happened.

“I could have never (gone abroad) in the first place, which probably would have been the easier solution. But when you run 120 miles a week, you don’t really go for the easy solutions every time.”

Matt can be reached at [email protected] and on Twitter