Illinois women’s basketball could be rejuvenated by Crawford’s return 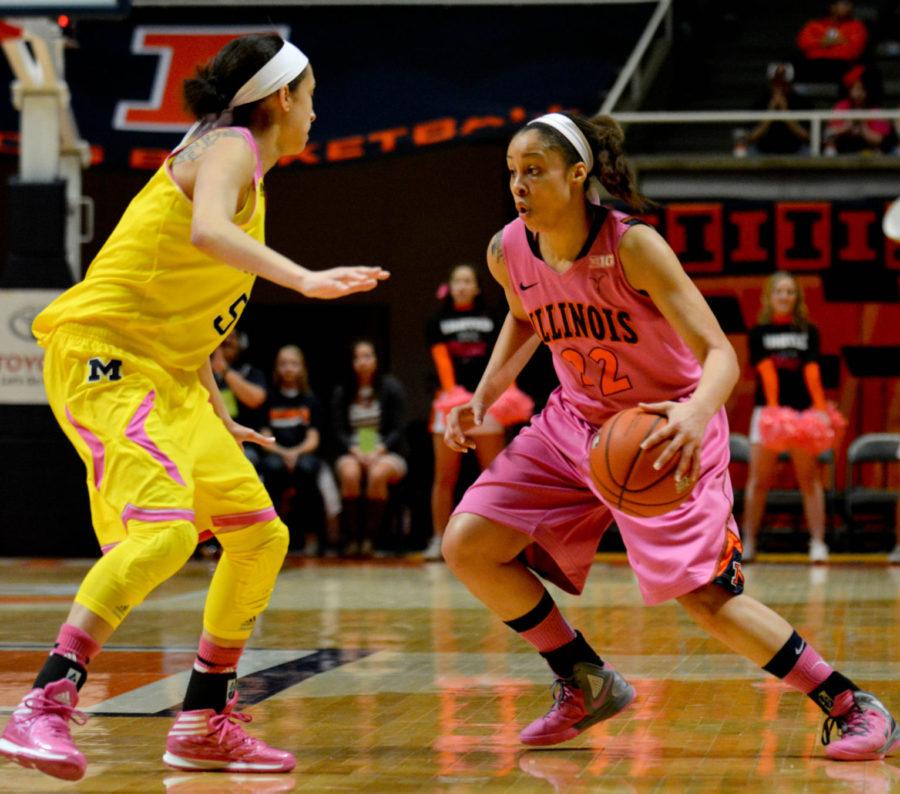 Illinois’ Ivory Crawford attempts to get around a defender during the game against Michigan at State Farm Center on Feb. 16. The Illini lost 70-63.

It doesn’t take high-level statistics or extensive sessions of watching game film to comprehend the impact Ivory Crawford has had on the Illinois women’s basketball team this season. Crawford came into the season with 1,000 career points already under her belt and was expected to continue to be the team’s go-to offensive option.

After missing three weeks with a knee injury and coming back for the team’s last game against Wisconsin, a simple check of Illinois’ record tells the story of her effect on the court. Sitting at 11-11 and 2-8 in the Big Ten, the Illini are 11-5 in games that Crawford has taken the floor, including in both of their conference wins. After her return to the lineup, she just seems happy to be back.

“It feels good to be back,” Crawford said. “I’m blessed. A lot of people get injured and don’t come back at all, so I’m just happy that I’m able to get back on the court.”

Crawford has averaged over 20 minutes per game in every season she’s been at Illinois and has been a double-digit scorer in all but her freshman year. Crawford has established herself as one of the better players in the Big Ten, and her importance to this Illinois team has been noticed and acknowledged by coaches around the conference.

“They need her. She makes a huge difference out there,” Wisconsin head coach Bobbie Kelsey said. “It’s tough when you’ve lost your best player and she’s coming back, trying to get into the flow of things.”

Aside from outside recognition, the need for Crawford made itself apparent in multiple ways during the six-game losing streak the Illini went on while she was sidelined. One of the obvious repercussions of the injury was Illinois’ offensive attack. The Illini averaged a total of 57 points over the three-week stretch, lower than the total points they’ve had in any of its wins so far this season. Crawford was missed not only because she is the team’s leading scorer this season, but also because she’s the go-to player to take a big shot or get to the hoop.

“She’s kind of our senior leader and has that toughness and just made a lot of big plays down the stretch,” Illinois head coach Matt Bollant said. “That really hurt us in the Nebraska and Michigan State games, just not having her to make those plays.”

Although Illinois lost its seventh straight game in Crawford’s return to the starting lineup, her impact was seen yet again. The crowd was loudest when No. 22 was announced with the starters, and her attacking style of play picked up right where it left off.

Even after the loss, point guard Kyley Simmons mentioned that Crawford’s return brought back elements to the floor that the team hadn’t possessed during her absence.