Apartments not the only option for University’s upperclassman 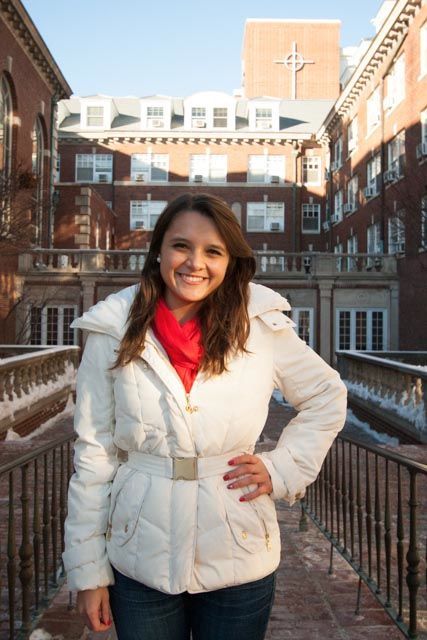 Spring semester is beginning, and it’s nearing the time to decide where to live next year. While the possibility of independence in an apartment may seem attractive, on-campus residence halls provide an entirely different experience for upperclassmen. Although some students make the transition to an apartment, others decide to stay where they began their college journey.

For Annette Popernik, Newman Hall resident adviser and junior in LAS, the idea of living in an apartment is nearly unimaginable.

“I definitely don’t feel like I would have missed out living in an apartment because then I’d be far away, I would miss out on all of the events that we have, I might have not been able to meet as many new people,” she said. “If anything, I feel like I’ve gained so much by living in the community that (I’ve lived in since freshman year).”

This is Popernik’s third year at Newman Hall, a privately owned certified housing option that is affiliated with St. John’s Catholic Newman Center. She said Newman provides several opportunities she doesn’t think she could find with a student apartment, such as a strong sense of community.

“I think it’s so well-knit, and whether you’re a freshman, sophomore, junior or senior, there are people that you can talk to and have dinner with,” she said. “At Newman specifically, there are just so many things that you can do.”

“I’m really happy being able to be an RA and passing on these experiences to my residents, and helping someone out to have that unique experience (that I had),” she said.

While Popernik chose to spend her junior and senior years as a resident adviser, Marena Steiner, junior in LAS, decided to stay in a community setting simply for the friendships she’s made there.

“I wanted to be living with my friends,” Steiner said. “I still have a lot of friends here, and most of my friends are RAs here at Newman, so it just seemed right to stay.”

Steiner has also lived in Newman Hall since her freshman year, but is choosing to live in an apartment for her upcoming senior year.

“I made really good friendships my freshman year at Newman, and we’d have really deep conversations,” she said. “Some were religious and some were just in general, and it made me really think about life, and I knew that I wouldn’t have experienced that if I was not living at Newman, or if I was living in an apartment.”

Steiner said she worries that by living in an apartment next year, she might miss out on the bonds that she’s formed from living in a dorm.

Steiner said she believes other upperclassmen might choose residence-hall living because of its location on campus, the tight security and its convenience in meals. She also added that while transitioning to apartment living, she will be apprehensive about finding time to do tasks such as grocery shopping.

Despite her choice to live in an apartment for her final year at the University, Steiner said she would not have changed her past experiences in the residence hall for anything.

While private certified housing is one option, the University has multiple residence halls that offer a similar communal feeling that upperclassmen and graduates can choose.

Kirsten Ruby, associate director of University Housing for communications and marketing, explained that about 40 percent of students, ranging from sophomores and above, choose to go back to residence halls after their first year on campus. She also explained that certain residence halls, such as the Ikenberry Commons’ Nugent and Bousfield halls are geared toward older students, as they do not allow freshmen to live there.

Ruby also said that there are a number of other reasons why students return to residence halls.

“The residence halls are a tremendous value . . . everything is included when you live in University Housing and that makes it so convenient for people to come back and live with us,” she said. “They don’t have a separate bill to pay, or to negotiate a lease.”

Another perk is that returning students also receive priority when choosing rooms for the next year, Ruby said.

She said that while students may want to live in an apartment, living in a hall at least once is a vital experience.

“University Housing is an essential part of the Illinois experience,” she said. “This is the one time in most people’s lives that they’ll get to truly live on campus with the University, and we want as many people as possible to take advantage of that opportunity.”

Ruby also explained a new element on the University Housing website that may appeal to upperclassmen: it features an interactive map that students can use to choose their preferences when it comes to housing, and from there,are able to look at the selection of halls that meet their criteria.

She also said that talking to current resident advisers is helpful when questions come up about continuing to live in residence halls.

No matter what, Popernik advised students who are unsure about where to live as an upperclassman, to live where they find themselves as a part of a community.

“You’ll always have a community there, you’ll have resources, you’ll have facilities, and you can keep growing and building yourself,” she said. “Based on my experience, and from others around me, it’s a win.”