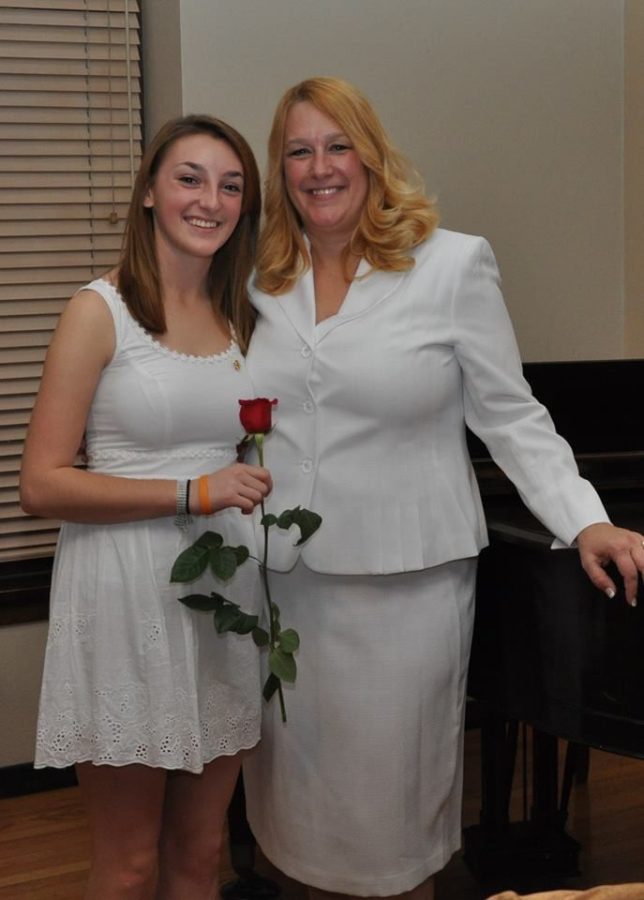 Rushing a sorority can often feel like choosing a new family, but for one freshman, a particular sorority was a family affair before she even rushed.

Allie Lundquist, freshman in Education, decided to follow in both her mom’s and aunt’s footsteps and join Alpha Omicron Pi last fall.

“My mom was so, so, so excited,” Lundquist said. “I remember calling her the day we got our bids, and she was just so happy. We gushed on the phone for over an hour about how excited we were.”

When Lundquist was rushing, her mom, Karen Bussean, said she was almost as nervous as her.

“I was incredibly hopeful that Allie would become an AO?. While I encouraged her to make her own decisions, inside I was so nervous. Every time she called and told me about recruitment, I was hoping that AO? was one of her choices,” she said.

Bussean said she also had a difficult time remaining unbiased through Lundquist’s recruitment, because of her own experience with Alpha Omicron Pi. Bussean is a legacy herself.

“AO? was one of the best parts of my time at U of I. I came into AO? as a legacy (my older sister was an AO? at UIUC as well), and the girls welcomed me and made me feel at home,” she said. “I tried to keep my opinions to myself (throughout Lundquist’s recruitment.) Boy, was that hard. And I’m not sure I did a very good job of it.”

Lundquist explained that the possibility of being a legacy impacted her rush.

“I think it played a small role, honestly. I knew more about the values of AO? than any other house. I did give every house equal consideration, it just worked out that I fit in best with AO? girls,” she said.

The duo explained that being in the same sorority made them closer and tightened their bond.

“I love being sisters with my mom. My mom and I are really close and having another connection with her besides being her daughter is really cool,” Lundquist said.

Bussean also explained her excitement over the meaning of sharing sisterhood with her daughter.

“I am so very proud. Allie and I are very close. I am so happy that we are mother/daughter, friends and now sisters. It makes our bond even closer. It’s just one more thing we have in common,” Bussean said.

Over Moms Weekend, Lundquist and her mom will be spending the weekend together watching Atius, going to Alpha Omicron Pi Moms weekend brunch and doing fun activities that are going to be planned at the house.

Lundquist and her mom have proven that Greek life can not only create a bond between strangers, but strengthen one within family too.