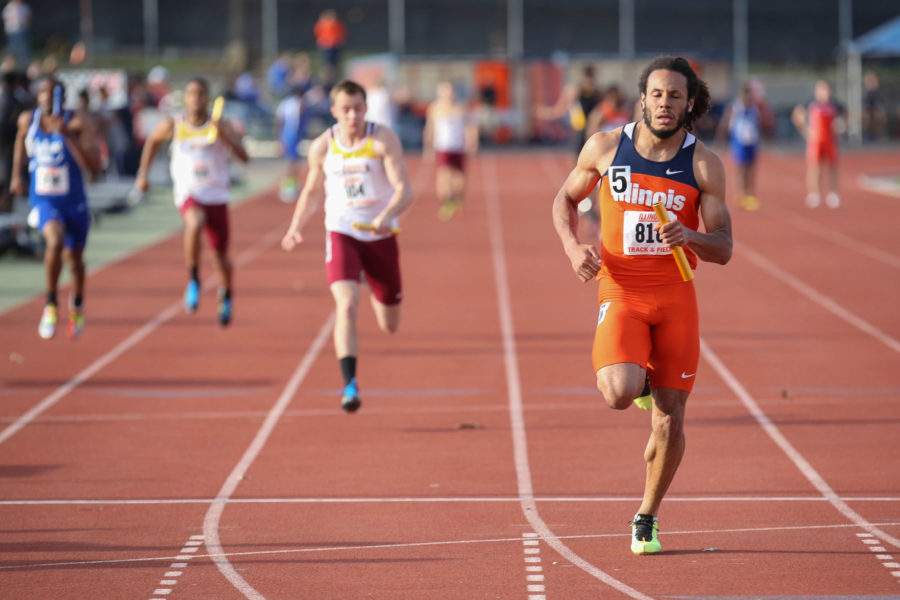 Illinois’ DJ Zhan crosses the finish line to win the 4×100 meter relay during the Illinois Twilight Track and Field meet at Illinois Soccer and Track Stadium on April 12.

The Illinois men’s track and field team will head to Tucson, Arizona this weekend to participate in the Jim Click Shootout. The University of Arizona will play host to the event at Roy P. Drachman Stadium. This year marks the Illini’s first appearance in the competition.

Illinois will compete in a field consisting of Arizona, Purdue, No. 5 University of Southern California, and No. 4 LSU. These are the highest-ranked teams Illinois has faced during the outdoor season.

Last weekend, Illinois won six event titles on the second day of competition at the Eastern Illinois Big Blue Classic to complete a comeback victory in Charleston, Illinois, where the Illini finished first in a field of 12. Head coach Mike Turk’s team has finished first in both its meets thus far in the outdoor season.