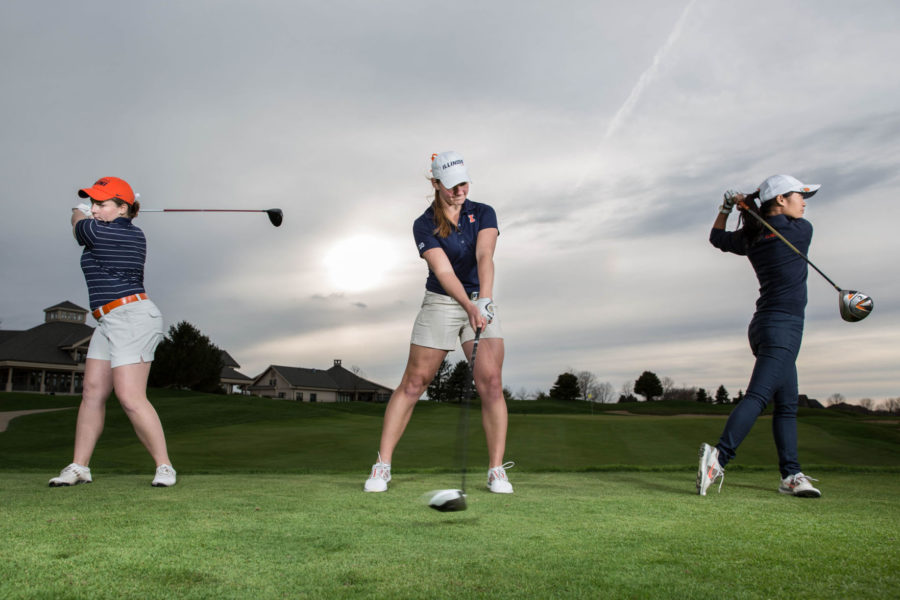 Talented seniors and juniors are becoming more rare to find in college sports: high-profile student-athletes pro after a year or two, leaving collegiate teams younger and more inexperienced than ever.

Lost amidst the one-and-dones are the longtime members of teams, who have dedicated their college careers to their respective teams and spent their time as role players.

This is what happened to seniors Erin Ahern, Pimploy Thirati and Michelle Mayer from the Illini women’s golf team. They help make up an overwhelming majority of student athletes who do not go pro and are overlooked by the media.

Out of Illinois’ 10 tournaments so far, Thirati has played in six, Ahern two and Mayer one. They have a combined scoring average of 80. However, the three accept their respective roles on the team and relish the opportunity they have been given.

“I think we all take different responsibilities,” Thirati said. “Even though we are seniors, we don’t feel like we are the leaders and that they (underclassmen) have to come to us to decide on things. I feel like the underclassmen have everything under control.”

Although Thirati downplays her role, Mayer believes the upperclassmen serve an important purpose with the team.

“These last couple years, our roles have shifted to making sure everyone is on top of their game and ready to compete,” Mayer said.

Despite not playing often, the seniors have left their marks on the team. Head coach Renee Slone said they are all irreplaceable, and added that the seniors’ leadership skills have been crucial for the team’s growth and chemistry.

The senior class went from four members to three in December, when Samantha Postillion graduated early. Postillion transferred from Texas and played for three years at Illinois. She now plays professionally in the Cactus Tour in Arizona, the same league former Illini Ember Schuldt plays in.

But for the trio that remains, none of the seniors’ future plans involve golf.

Ahern, who originally arrived at the University on an academic scholarship, plans to work for The Boeing Company in Seattle as an engineer. Mayer is working toward her masters in accounting and Thirati has her sights set on being a financial advisor. Thirati said that while these career choices might not seem as exciting as playing professional golf, she has no problem with it because the choice involves her other life interest.

“(In my field), I get to work with people, and that’s what I want to do,” Thirati said. “I want to interact with people from different paths of life and I that is just one of my passions.”

They’ve spent four years of their lives at University of Illinois, and all three said that time has been filled with many fond memories. Most of the recollections were simply time spent together with teammates, long car rides and team dinners.

“Some (of) the most memorable moments are just being in the airport together and traveling and hanging out all together,” Ahern said.

All three seniors said the little moments have added up over the years to complete their experiences. Even though their playing days are almost over, the three do not plan on leaving their memories of Illinois behind. Just because they aren’t going pro doesn’t mean golf didn’t teach them some things.

“The most useful thing I’ve learned is just to always grind it out and have some grit,” said Thirati. “Keeping this after college, I just know that no matter what I end up doing or where I go if I have the grind, I know I’ll figure out a way.”