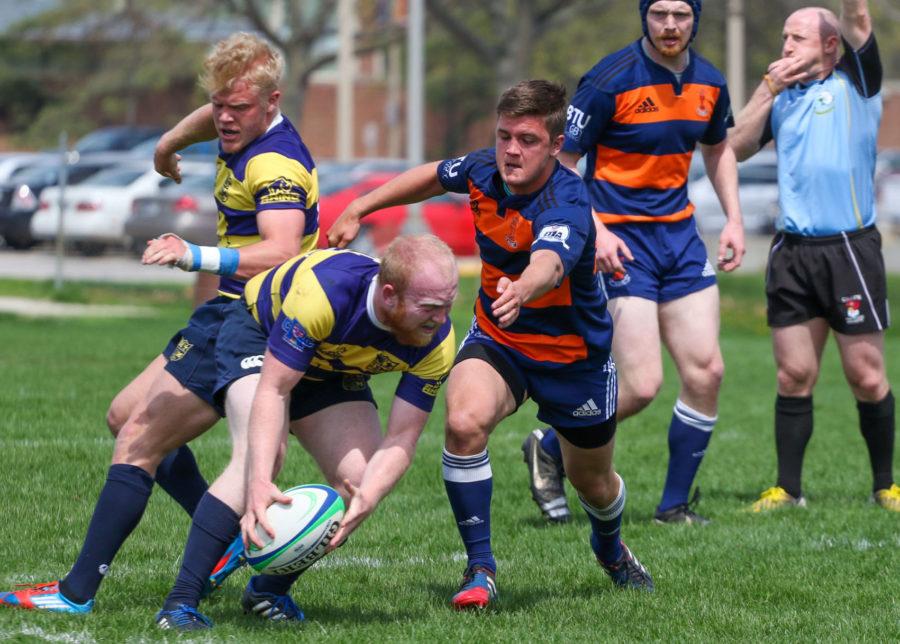 Hosted at the University at the PAR/FAR playing fields, the tournament was structured with two pools of four teams — two teams advanced from each pool and two were sent to the consolation bracket.

The teams were divided into the two pools depending on seeding.

Illinois was in a pool with Michigan, Michigan State and Wisconsin. Indiana, Iowa, Northwestern and Purdue comprised the second pool.

In pool play, the Illini defeated Michigan State 21-17 and Wisconsin 19-17, but lost to Michigan 19-7. Because the number of wins and losses were equal for the teams in Illinois’ pool, point margins decided who advanced to the final championship games, and only two teams per pool were allowed to advance. Michigan and Wisconsin advanced, leaving the Illini in the consolation bracket.

Illinois beat Northwestern 21-7 in its first consolation game, advancing to the fifth-place game against Iowa. The Illini lost to the Hawkeyes 38-12 in their final game of the season.

Junior Joe Bird said the team’s motivation going into the Northwestern game was a lot about family and friends who came to spectate.

“We wanted to put on a good game so that those guys could see some good rugby,” he said.

Daniels said the high point of the season was realizing the team was going to be competitive.

“They (other teams) kind of look at Illinois as just one of those rag-tag teams that’s not very organized,” Daniels said. “But we came in and showed true that we were a team that’s really dangerous.”

Illinois placed second and third in earlier tournaments with conference opponents and finished the season with an 11-4 record. Indiana beat Wisconsin in the tournament’s championship game.

Daniels said there wasn’t a specific player who excelled.

“I can’t really call anyone out because we all played as a team, we all did our jobs right, and we’re all pretty much equal,” he said.

Illinois is finished playing for the spring 2015. The team will start training again in August.