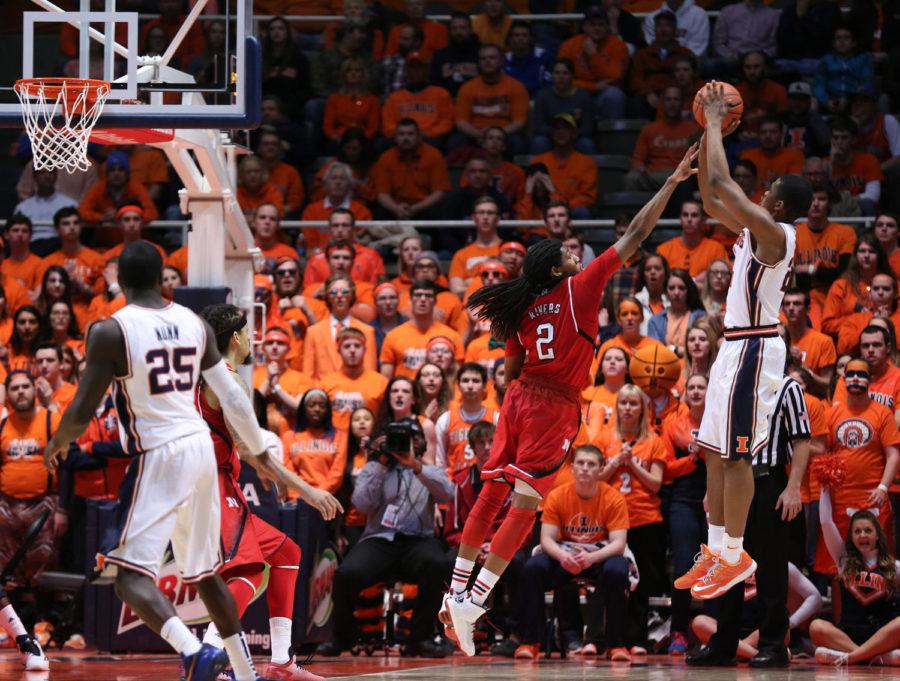 Illinois' Malcolm Hill (21) takes a fadeaway jumpshot during the game against Nebraska at State Farm Center, on Wednesday, March 5, 2015. The Illini won 69-57.

Included in the schedule are Ohio University, which travels to face Illinois at Parkland on Nov. 15.

The Illini will also host two teams from Tennessee at Parkland in November — Tennessee-Martin and Tennessee State.

The other big date on the non-conference is Illinois’ trip to Coral Gables, Fla., to face Miami in the Big Ten/ACC Challenge. The Illini defeated Virginia in the Challenge last year.

-at Northwestern on Feb. 13

-at Penn State on March 6