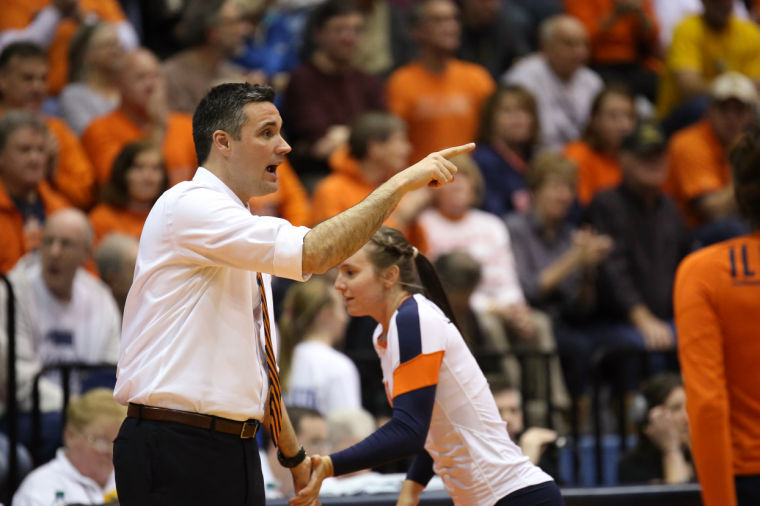 Illinois has another ranked recruiting class coming in.

“It is nice when your program gets recognition for anything but certainly for recruiting as it is the life blood of all programs.” Illinois Head coach Kevin Hambly said via press release.

Korte hails from Morris, IL where she became the career leader in kills, blocks and attack attempts at Morris High School, where she was a three time MVP.

Hambly compared Korte to Laura DeBruler, who is second all time in kills in Illinois history, behind Jocelynn Birks. He also said that Quade will be competing for a starting spot immediately.

The Outside Hitter spot is feeling a vacancy due to the graduation of Jocelynn Birks, who is the school’s all time leader in both kills and attack attempts.

Korte, Quade and Gereau were named to the AVCA Under Armour Girls High School Third-Team.

The group will be joined by middle blocker Blayke Hranicka, a transfer from NC State. Hranicka garnered All-ACC Freshman team honors in her time with the Wolfpack.

Last year, Hambly’s recruiting class was best in the nation, highlighted by the best setter in the country Jordyn Poulter. Poulter was also accompanied by Ali Bastianelli, who was ranked as the 10th best player in the country. Both saw playing time last season.