Slice Factory opening at least a month behind schedule 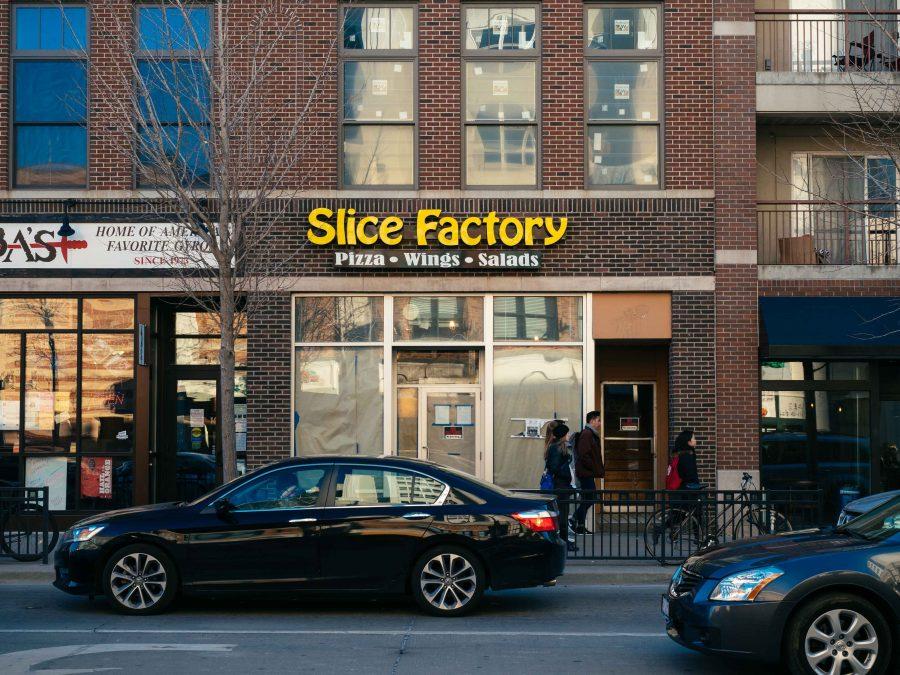 The new Slice Factory on the Green street.

As a project eight years in the making, the Chicago-based pizza chain Slice Factory is coming to the University. But an opening date has yet to be set, as the project’s construction is running about a month behind schedule.

Domenic DiDiana, founder and president of Slice Factory, estimates to open Slice Factory this spring, in about five to six weeks.

The construction project was delayed due to a complete remodel of the space, DiDiana said.

This location has been in the works since at least 2009. DiDiana said he had always wanted the restaurant to be on Green Street within a block or two from campus.

DiDiana kept an eye on the increasingly expensive real-estate and missed out on several opportunities until the space at 625 E. Green St. opened up.

Champaign is not the only college town that DiDiana has been looking at.

“We do plan on expanding,” he said. “This is our trial-and-error location.”

Students will be able to get their pizza fix at nearly any time of day as the restaurant plans to be open until midnight from Sunday through Wednesday. To cater to late-night cravings, Slice Factory will be open until 3 a.m. Thursday through Saturday.

Josh Reynolds, junior in Business, was a fan of Antonio’s Pizza. He expressed two things he’s looking for in fast food: low prices and late hours.

“Antonio’s was the about experience,” Reynolds said. “I don’t know if (Slice Factory) could replace it.”

“Antonio’s had specialty [pizza],” Beckett said. “That was unique.”

Slice Factory is joining several other pizza places on campus, including Mia Za’s, Azzip and chains like Papa John’s and Pizza Hut.

Even though people usually check out new restaurants when they open, DiDiana believes that loyal customers stay loyal to their favorite pizza place.

While Azzip refused to comment on Slice Factory’s opening, Mia Za’s sees their own restaurant as “stable.”

“A lot of restaurants come and go,” said Eleanore Yoon, assistant manager at Mia Za’s. “We’ve got a lot of variety. We’ve been here a while.”

Even though a jumbo slice of pizza comes at $4.99 each, DiDiana stands by the quality of the pizza.

“Kids will get a kick out of it, the quality you get for that price,” he said.

Slice Factory will be looking to hire at least seven to ten new people for positions ranging from cashiers to pizza makers and delivery staff.

This location’s menu will be simpler than some Chicagoland area locations. The menu will feature self-serve frozen yogurt, chicken wings and fresh and made-to-order salads.