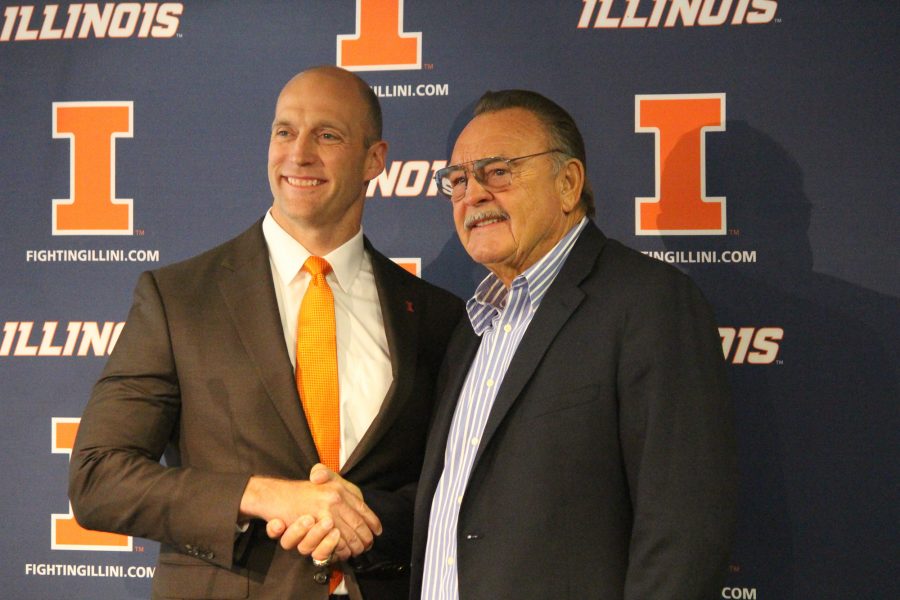 In October, the University announced plans for an Illinois Athletics Hall of Fame, honoring the greatest student-athletes, coaches and administrators.

Now, the first class of 28 people has been announced, which was selected by a confidential committee.

“As you would expect, with more than 120 years of athletics excellence to consider, it was an incredibly difficult process to select this small, elite group,” Director of Athletics Josh Whitman said in a press release. “The Class of 2017 includes some of the greatest names in the history of American sports… Although not everyone could be included in the first class, all who are deserving will one day be recognized with this special honor.”

Former linebacker Dick Butkus was the first announced member of the Hall of Fame’s inaugural class in October. Butkus is a member of both the Pro Football and College Football Halls of Fame, was named to the NFL’s All-Time Team in 2000 and is one of only two players in Illinois football history with his number retired.

Butkus will be joined by national hall of famers, Olympians, national champions, multi-sport stars and All-Americans.

There are 16 living members of the class, broken down to 10 men and six women, according to the release.

Women’s sports were added at the varsity level in 1974.

For a full list of the class, see the attached sidebar with names, sport and time at the University.

Plans for a Hall of Fame have been discussed for decades, but the University earlier said in October that the timing worked best now in conjunction with Illinois’ sesquicentennial celebration.

The Class of 2017 will be introduced at an Athletics Hall of Fame Gala at the Field Museum of Natural History in Chicago on June 23. The official induction ceremony is scheduled on campus for Sept. 29-30, when the football team hosts Nebraska in its Big Ten opener.

Both the dinner and induction ceremony are to be open to the public.