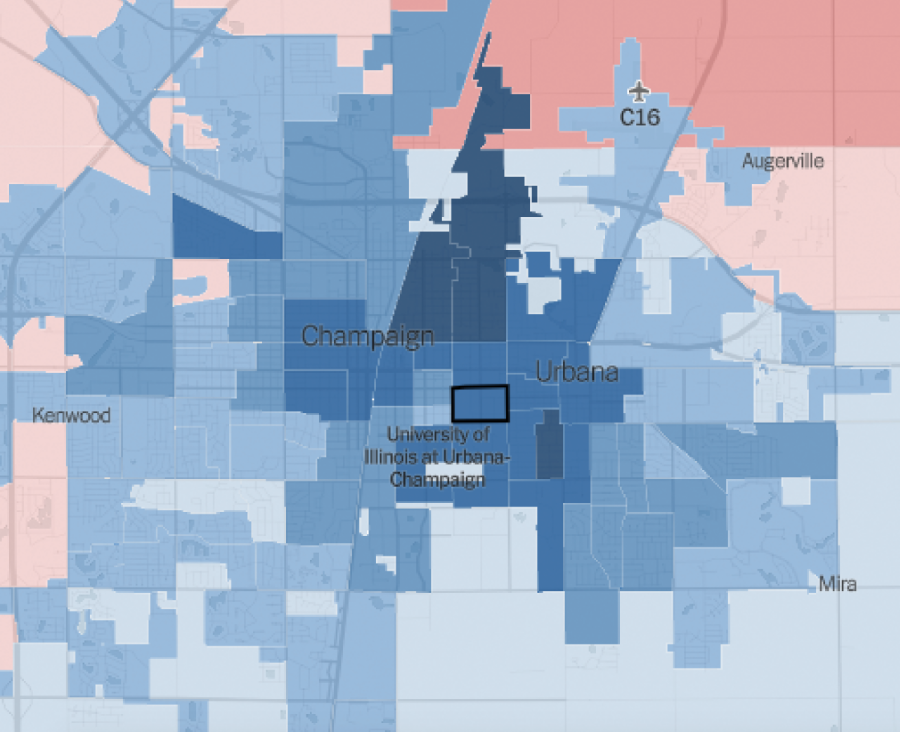 For the midterm election Tuesday, University students have the option of voting using their Champaign County address or their hometown address; however, there are different considerations as to where students should cast votes.

The number of students voting as Champaign County residents varies per election, ranging anywhere from a couple hundred to as many as 15,000 students, said Gordy Hulten, Republican candidate for County Executive and incumbent County Clerk.

If students’ hometowns are located in less competitive districts, Ar-Raheem believes their votes may have more of an impact in Champaign, where the 13th Congressional District election is unusually competitive.

Though students can vote either in Champaign or in their hometowns, Ar-Raheem said students should vote as Champaign County residents.

“Students spend at least nine months of the year in Champaign County,” Ar-Raheem said. “By voting here, they have a say in local policies and the selection of local and county leaders — as well as selection of legislative, state and federal elected officials — that affect their lives and livelihood on a daily basis.”

However, Mark Ballard, chairman of the Champaign County Republicans, said he believes University students should vote as residents of their hometown because they have deeper roots where they’re from.

He also said students tend to know their hometown much better than Champaign-Urbana, so they have a better chance of knowing the candidates back home than the candidates in Champaign County.

As the Nov. 6 Election Day approaches, students still have an opportunity to register to vote.

“At this point, the only option left for students to vote in Champaign County, if they haven’t already registered, is to take advantage of what is called grace period registration and voting, also sometimes called same-day registration,” Hulten said.

Same-day registration allows voters with a photo ID to register on-site at their voting location.