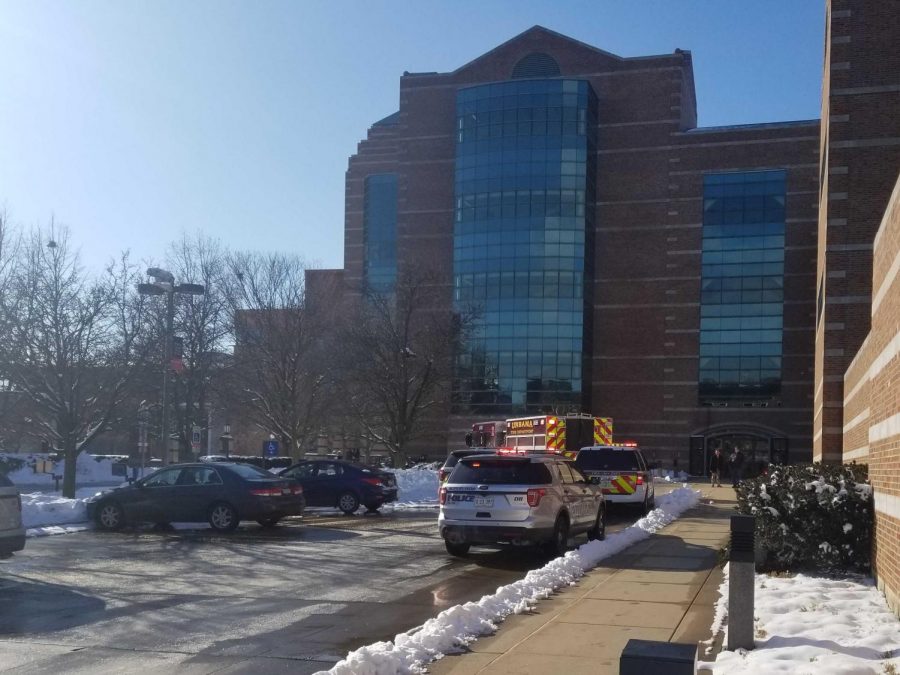 University of Illinois Police and Urbana Fire vehicles respond to a hazardous waste incident at the Beckman Institute on Jan. 15, 2018.

An Illini-Alert about hazardous materials released at the Beckman Institute was sent out around 1 p.m. Monday. The chemical substance spilled was identified as nitrobenzene.

The chemical that was contained in a box fell through the bottom of the box and spilled onto the floor. Nitrobenzene is an irritant that can affect the skin and nose when inhaled. The building was evacuated after the alert was sent out. One person was transported to the hospital as a precaution.

According to Phil Edwards, fire marshal for the Urbana Fire Department, firefighters put on splash suits and moved the spilled chemical into a chemical hood to isolate the situation and create no further hazards.

At approximately 3:30 p.m., another Illini-Alert was sent out saying the emergency had ended.