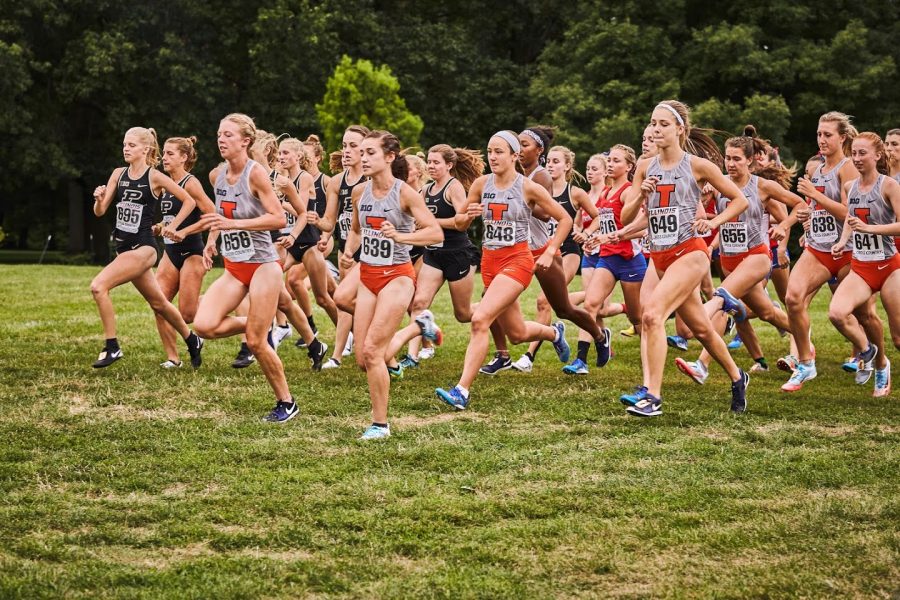 The women’s cross country team kicks off its fall campaign on Friday. Both the women’s and men’s teams dominated the Illini Open.

Craddock’s 16:58.1 5K time made her finish the eighth fastest in program history, and she was joined in the top five at the meet by freshman Emma Wilson and sophomores Madison Marasco and Emma Milburn. Wilson stayed close on Craddock’s heels for a second-place finish in her program debut with a time of 17:06.2. Junior Alison McGrath rounded out the Illini’s score with an eighth-place finish, giving the program a total score of 19.

For perspective, the next best finish by a program on Friday was Purdue, with a score of 53. The other Big Ten Conference program that competed was Northwestern, which walked away with third place and a score of 67. Rounding out the competition for the women’s 5K was DePaul with a score of 117.

The Illini men’s program competed against DePaul and Purdue, finishing in second with a team score of 33. Loud finished with a time of 25:22.3 — a finish that was only four seconds ahead of classmate Logan Hall, who placed second.

Both programs will focus their energy the next few weeks on preparing for the John McNichols Invite, where they will be hosted by Indiana State. The invite will take place on Saturday, Sept. 21 with the men’s race starting at 8 a.m. and women’s at 8:45 a.m.