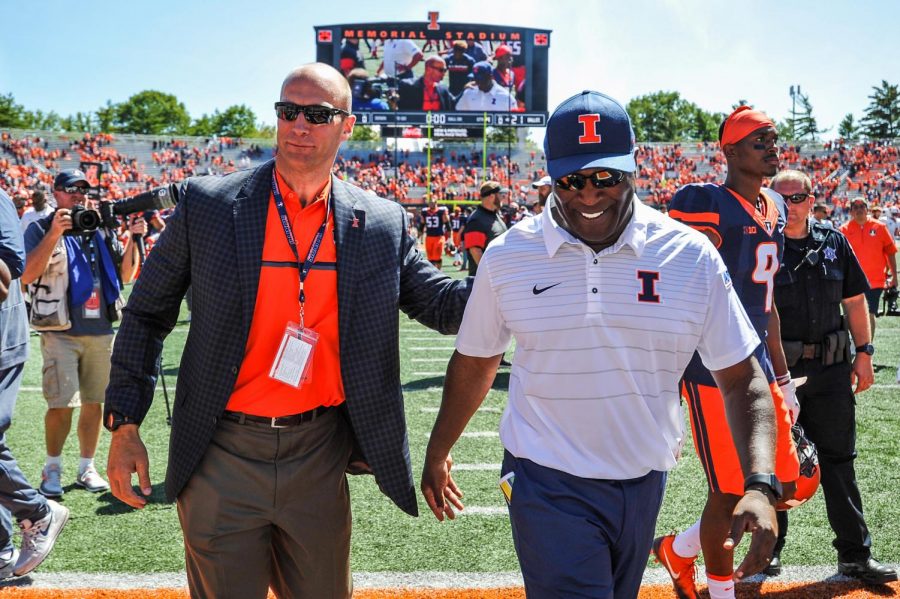 The Department of Intercollegiate Athletics announced Thursday afternoon the University of Illinois Board of Trustees has extended Director of Athletics Josh Whitman’s contract into 2024. The announcement, addressed by Whitman to “Illini Family and Friends,” was accompanied by a collection of photos of Whitman with Illini coaches — including Illinois football head coach Lovie Smith after his team’s historic win at Michigan State on November 9.

Whitman was first hired as the Illinois Athletics Director in February 2016 and his contract has now been extended through June 30, 2024.

“To me, today is a resounding endorsement of the important work we have undertaken together during these last three-and-a-half years,” Whitman said, per fightingillini.com.

With Illini football now bowl game eligible, Smith joins Tamas, Clark, and Walsh as the fourth Whitman head coach to take his or her respective program into postseason play. That being said, Whitman has no intention of slowing down the momentum in Illini athletics.

“I will give you everything we have. Together, we will shatter that bolder,” Whitman said, per fightingillini.com. “And together, WE WILL WIN.”