Illini finish on high note, rank No. 21 in final poll 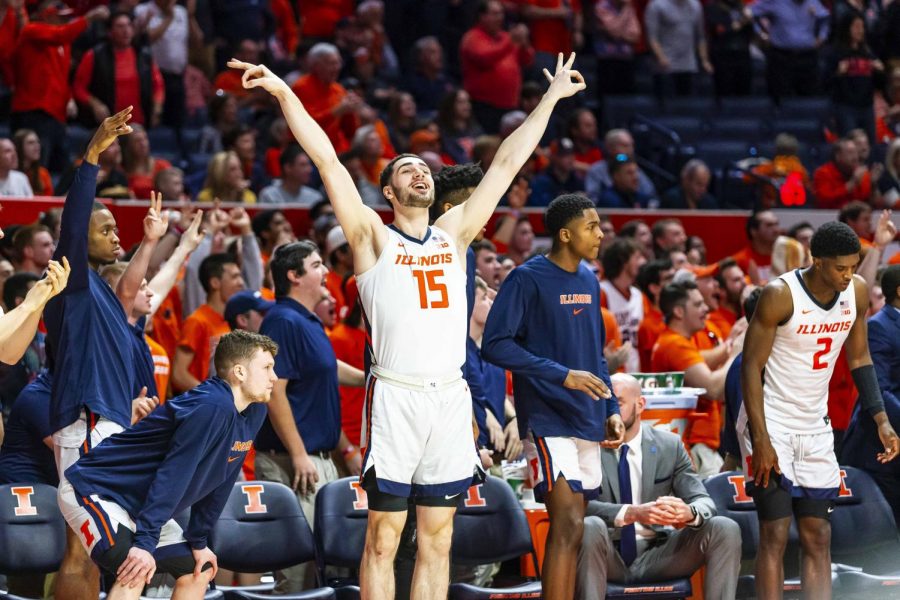 Giorgi Bezhanishvili celebrates on the sideline during Illinois' game against Iowa on March 8. The Illini won 78-76.

The Illinois men’s basketball team came in at No. 21 in the final Associated Press Top 25 Poll of the season on Wednesday. The Illini haven’t finished a season ranked since the 2005-2006 season when the team advanced to the second round of the NCAA tournament and were ranked No. 13.

Illinois spent four-straight seasons out of the rankings, before being ranked No. 24 on Jan. 13 following a third-straight win on Jan. 11 against Rutgers. The Illini finished their season 21-10 with a 13-7 conference record.

The Illini were previously ranked No. 23 before beating then-No. 18 Iowa in what would be the last game of the season, due to cancellations of the Big Ten and NCAA tournament caused by COVID-19. The Hawkeyes finished the season at No. 25.

Along with Illinois and Iowa, four other Big Ten teams finished with top-25 rankings. Michigan State earned the highest ranking at No. 9 followed by Maryland at No. 12, Wisconsin at No. 17 and Ohio State at No. 19.