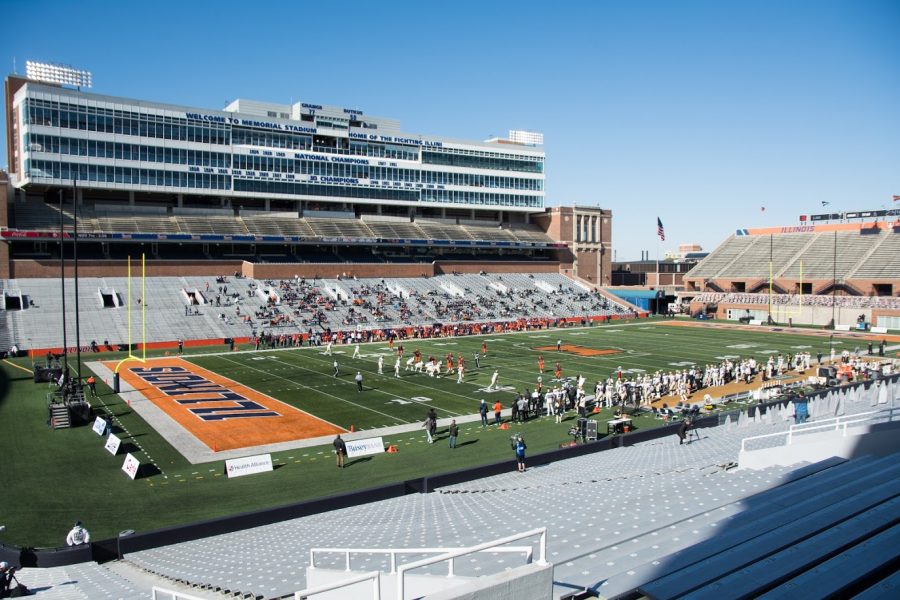 Instead of fading away in the summer, COVID-19 continues to sweep through the United States, affecting everything from the economy to college football. While collegiate athletic fans thought the March Madness cancellation was the most impacted event, a delayed college football season — and an almost canceled Big Ten season — would have been the cherry on top.

After a discussion and finding a scientific reason for allowing players to play, the Big Ten presidents gave the conference the green light to go ahead with a nine-game conference-only schedule. The results: chaos. Indiana is ranked in the top 10 for the first time in 51 years. Michigan is off to its worst start since 1967. A playoff-contending Wisconsin has already had two games canceled. The only consistency is that Ohio State is off to a hot start.

Hyped up as head coach Lovie Smith’s most talented roster yet, Illinois stumbled out of the gate, starting the season 0-3 before rallying to knock off Rutgers 23-20. Defense breakdowns, specifically the secondary, as well as a lack of offensive identity has doomed Illinois.

COVID-19 has played a role this season, with senior quarterback Brandon Peters having to sit out three games after testing positive, leading to the eventual start of fourth-string sophomore Coran Taylor. At 1-3, the Illini need to pull off a few upsets in order to secure bowl eligibility back-to-back years for the first time since 2011. Iowa, Ohio State and Northwestern are still on deck.

With the playoffs on the horizon, the committee will have to compare apples to oranges, considering each team has a completely different schedule make-up. But, as long as too many games don’t get canceled, fans should expect to see another champion crowned in January.