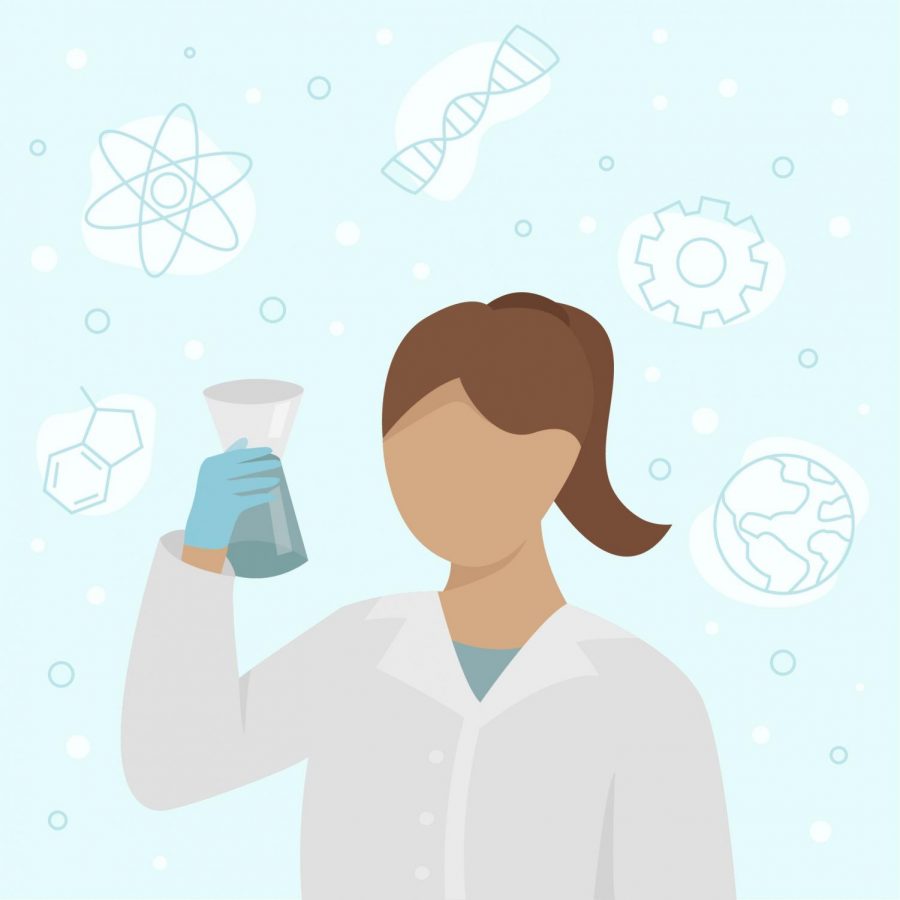 In subjects of science, women often have been largely underrepresented, both in broader society and in scientific archives and historical records. This semester, the University Archives has been holding a Women in Science lecture series in an effort to highlight and document the achievements of women in the sciences.

Bethany Anderson, Natural and Applied Sciences Archivist for University Archives and co-creator of the lecture series, says the purpose is to collect more archival records of women in the sciences and create a forum to engage with these issues.

“Recently there’s been more attention by historians, by science writers about highlighting the contributions of women, even if they have been historically underrepresented in various disciplines, they’re still there and they’ve still been contributing and creating innovations,” Anderson said.

In addition to sharing the achievements of female scientists, the series seeks to highlight a multitude of works across various scientific disciplines and engage with issues of race and gender within these disciplines. Previous speakers have included Dr. Kate Clancy, who studies the connection between environmental stressors and the reproductive systems of women and gender minorities, and Dr. Carla Desi-Ann Hunter, who studies the effect of race-related stress on mental health.

Dr. Zeynep Madak-Erdogan, associate professor of nutrition at the University and the speaker for the Dec. 8 lecture, researches how socioeconomic and environmental factors create health disparities in women with breast cancer. Madak-Erdogan said her data indicates that factors like income level and education level influence adverse health outcomes and health disparities, rather than race, which is a social construct rather than a biological construct.

“You cannot change the biology, but you can act on the income, you can act on the education, so we are trying to point out those actionable items so hopefully policymakers can do something to improve the health outcomes of women of color,” Madak-Erdogan said.

Madak-Erdogan said her motivation for participating in the lecture series is to introduce her research to the public and archive her words because she believes women scientists should take every opportunity to make their voices heard.

Kristen Allen Wilson, Illinois Distributed Museum Coordinator and co-creator of the lecture series, said libraries and museums have been trying to take a more active role in collecting records by reaching out when things are happening rather than after they’ve happened.

“I do think it’s important because otherwise, you just kind of end up with one side of history,” Wilson said.

Wilson said part of the reason women are underrepresented in archival records is because of the past model of libraries and museums passively allowing work to be donated rather than actively trying to document current work from different societal groups.

“Now we just recognize how important it is to have those stories of people so others can see themselves in the archival record,” Wilson said.

Anderson, Wilson and Madak-Erdogan all pointed to the importance of representation for women in the sciences. Anderson said having a more inclusive archival record helps to create a sense of belonging, especially for voices that have been traditionally marginalized.

All lecture videos will be posted as digital exhibits to the University of Illinois Archives website, and the series will continue through May 2021. The first two speakers for next year are Dr. Catherine Murphy, head of the department of chemistry at the University, who will speak on Feb. 9 and Dr. Brenda Molano-Flores, a senior plant ecologist at the Illinois Natural History Survey, who will speak on March 9.

Madak-Erdogan emphasized the importance of having role models that represent women, women of color and other gender identities in the sciences for future generations to look up to.

“If a kid doesn’t see a successful woman in science, she will never know it is possible, or it is one of the options for her in the future,” Madak-Erdogan said.