University High in $1 million debt due to accounting error 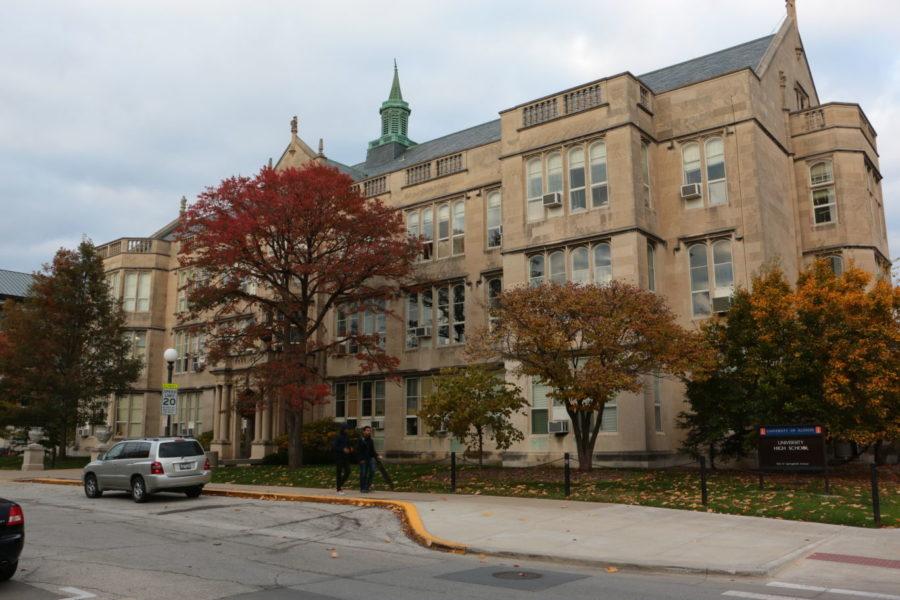 University Laboratory High School in Urbana is now over $1 million in debt due to an accounting error.

Due to an accounting error that charged salaries to a closed account for several years, the University Laboratory High School has accumulated nearly $1 million of debt.

Jeff Walkington, director of the high school, said they are still not sure how the error happened.

The University filed a request for an audit in September, which is now underway. School officials hope the audit will tell more than just how the error occurred.

“We hope that from this audit we will figure out how the error happened and also how finances can be better monitored,” Walkington said.

The audit will eventually reveal the error, but will not be complete for several months.

In the meantime, the school created a budget task force, composed of school officials, to find where the school can make cuts and where it can generate new funds, Walkington said.

Keith Marshall, associate provost of the University said the Office of the Provost is working with the high school to create a deficit reduction plan aimed at finding ways to “increase revenue or decrease cost without affecting the quality of students’ education.”

The high school was originally funded by the University of Illinois as a means to experiment with curriculum, but most of the investment was withdrawn when it became a unit within the Office of the Provost in 1983.

Marshall, said that while the high school is a unit of the Provost’s Office and therefore a part of the University, its finances are handled differently because it is also a public high school and does not follow the same protocols.

The high school receives a $3 million yearly budget. Walkington said the school’s finances are very complicated, mainly because the school’s money “passes through many hands.”

Those hands include the high school’s business office, its department of grants and contracts and the University’s business office. On the same note, Marshall stated that this is an odd accounting error due to the complexity of the school’s finances.

Despite being a public school located in the Urbana school district, University High does not receive funding through Urbana’s taxes. Instead, the school is funded mostly by the per-pupil distribution financed in the Illinois state budget and supplemented through an allocation from the University Office of the Provost, as well as parent and alumni donations.

Thus far, no plans have been made to cut any student programs.

Faculty salaries, which are already set for the year, will not be jeopardized and this should not affect University students, Marshall said.

“We haven’t talked at all about cutting any programs,” Walkington said. “Right now we’re looking for creative ways to bring in money.”

Marshall said until the audit is complete, the two entities will work together to fix the debt and create safeguards for the future.

Despite the circumstances, Walkington said most of the parents and students have been supportive while school officials work on the issue.

“Parents, students and faculty have stayed extremely positive,” he said. “We all love Uni and want to support the school as best we can while we work to untangle this mystery.”

The University of Illinois Office of University Audits declined to comment, stating they could not disclose specific cases.

The public high school was established in 1921 on the northern edge of the University’s campus at 1212 W. Springfield Ave. and has a reputation for its alumni — three of whom have been awarded Nobel Laureates and one who was a Pulitzer Prize winner. Additionally, the high school was recognized by Newsweek as a “public elite” school in 2006 and 2007 based on students’ SAT scores.

Abigale can be reached [email protected].