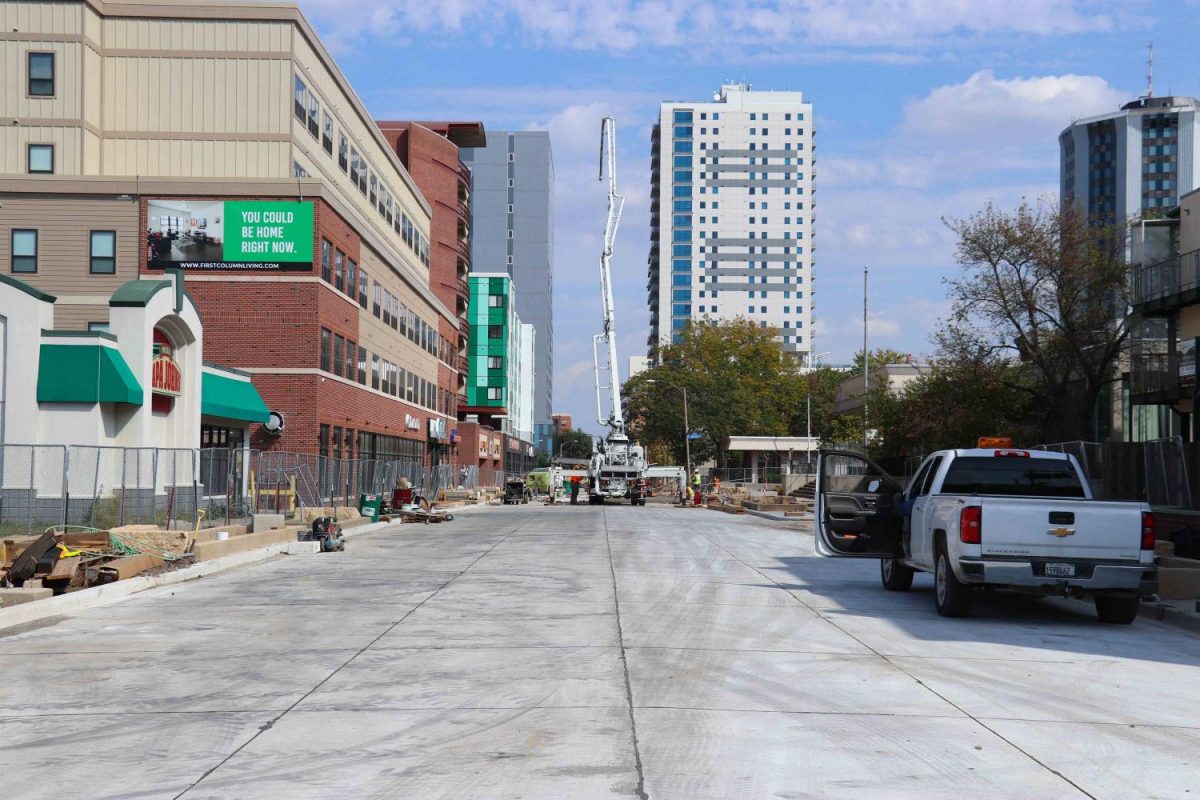 As one of the most disability-friendly campuses in the country, the University is working on bettering the accessible infrastructures through the Americans with Disabilities Act Transition Plan Supplement.

The draft was released in April, following a self-evaluation of primary University sidewalks and building entrances, according to Steve Breitwieser, manager of communication and external relationships from Facilities and Services.

“Approximately 400 deficiencies were identified on University property, mainly regarding sidewalk and ramp conditions,” Breitwieser said in an email.

Such deficiencies did not go unnoticed by the students.

Lauren Bryant, sophomore in General Studies, broke her femur last year when her wheelchair hit a big pothole. She was on her way to the Financial Aid Office and Student Services Building.

“That whole area apparently, I’ve heard, is pretty notorious for not being very safe in terms of how the sidewalks are,” Bryant said. “It’s definitely made me a lot more nervous and anxious about going off on my own and taking the sidewalk just because I don’t want something like that to happen again.”

Amelia O’Hare, senior in Urban Planning, said she has to leave early to get to places on time because she has to avoid certain sidewalks using her wheelchair.

“There are some really strange and really narrow sidewalks that I can’t go on,” she said. “Aside from it being an inconvenience, it can also be dangerous to people with certain types of disabilities where they get injured more easily.”

Bryant also pointed out that although most buildings on campus have wheelchair accessible entrances, they are often located in unusual spots.

“They’re not always necessarily obviously in the front where everybody else goes in, and it’s not necessarily clear where it is,” Bryant said. “It can be confusing sometimes. I’ve gotten super lost trying to find the accessible entrances.”

“If you weren’t paying attention and were going too fast, especially in winter when it might be slippery or icy, (it) could be really really dangerous if you hit them wrong,” she said.

Bryant said she also noticed delivery or maintenance trucks will sometimes park in a way that blocks the accessible entrances.

Mark McCarthy, graduate student in Information Science, said the University generally does a good job with keeping everything as patched up as they can, but there are still issues with properties that do not directly belong to the University.

“The vast majority of the problems you’ll encounter are places between University property on your way to and from different places,” he said.

McCarthy said the Americans with Disabilities Act Transition Plan Supplement is a wonderful plan for the University.

Breitwieser said the University plans to correct the noted ADA deficiencies over a period of 30 years. The plan includes remedying items located within 100 feet of and including the University-designated access routes to 90 priority facilities as outlined in the supplement.

“Over the past decade, accessibility requirements for sidewalks and entryways to buildings have been updated,” he said in an email. “The ADA Transition Plan Supplement focuses on exterior access routes for buildings and public sidewalks along streets.”

According to Breitwieser, the work would be phased over several decades and prioritize the buildings in the heaviest used areas.